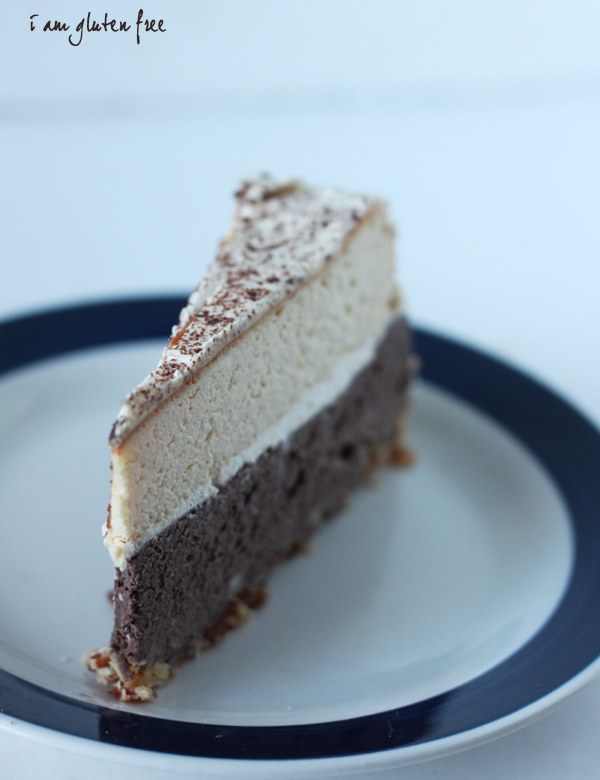 (If you prefer to make just a single layer cheesecake, try Grain-Free Cheesecake).

I recently made this for my youngest sister’s birthday. She’s never been one to go halfway on her birthday requests, and this year was certainly no exception. I tried to convince her to do an all-vanilla cheesecake, but she insisted on having one layer chocolate and the other vanilla. In the end, she was probably right. It was good that way.

This cheesecake recipe is (sort of) paleo friendly…depending upon how paleo you are. My Dad eats grain free and sugar free and avoids milk and yogurt, but he’s fine with cream cheese, butter, honey, and occasionally almonds (though I don’t think the cavemen had butter. Poor them). Because this recipe is refined sugar, grain, and milk free, he is fine with eating it. You might not be.

You can make it with a regular pie crust, but we’ve always preferred it with almonds anyway. The cheesecake filling, I’ve found, is best made with honey, but you can sub 1 cup of sugar, as in my other cheesecake recipe.

Anyway, on to the recipe! 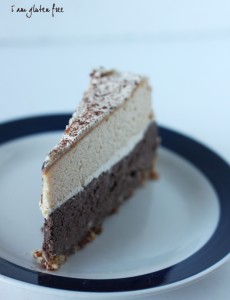 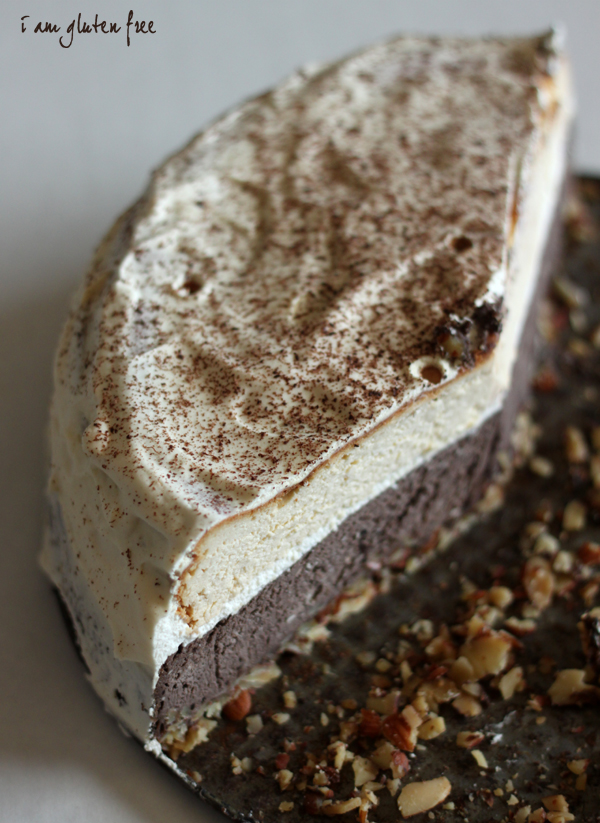 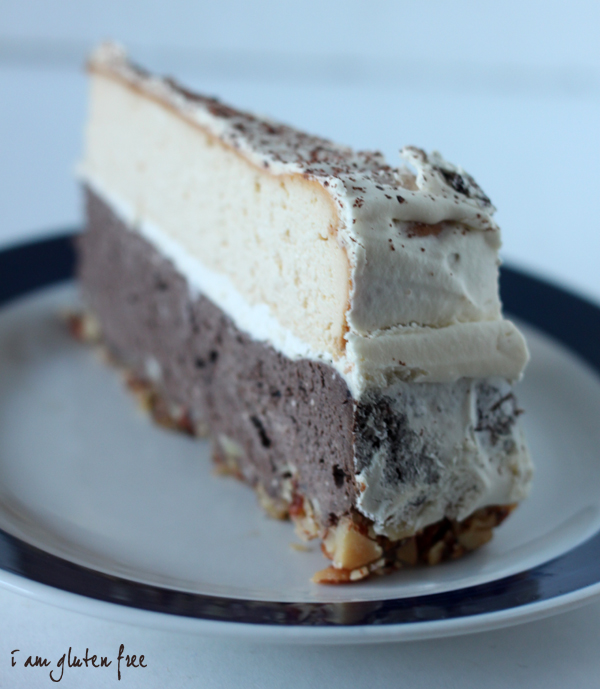