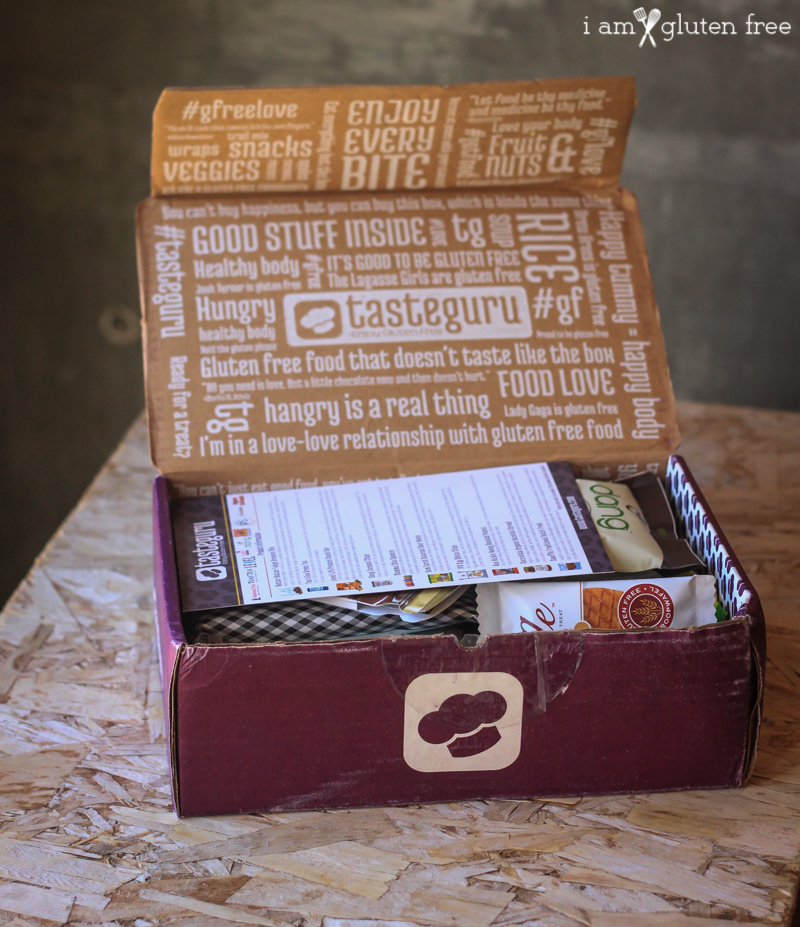 A few weeks back I was contacted by the people at Taste Guru and asked if I was interested in testing their product and writing a review.

Well, YEAH, I was interested. I mean, who doesn’t want to taste food, take pictures, and then write about it?

So here I am, fingers poised over the keyboard, about a million pictures loaded onto my camera, full of information and not quite sure where to start.

So I’ll just start by telling you what exactly Taste Guru is.

It’s a lot like a magazine subscription, except instead of getting a magazine, you get a monthly box packed with 7-10 gluten-free treats, including chips, trail mix, granola bars, baking mixes, and other goodies (some paleo). It varies what exactly you get in a box. One month you might get to try some peanut butter cookies, the next month a bag of coconut chips.

Now that we’ve established what I was getting, let’s move on to the actual experience (and the goofy photos). If you’re in a hurry and want to just know the details straight and clear, scroll on down to the bottom where I’ve got a list of the pros and cons.

Here’s the box unopened (oh, and I’m there too): 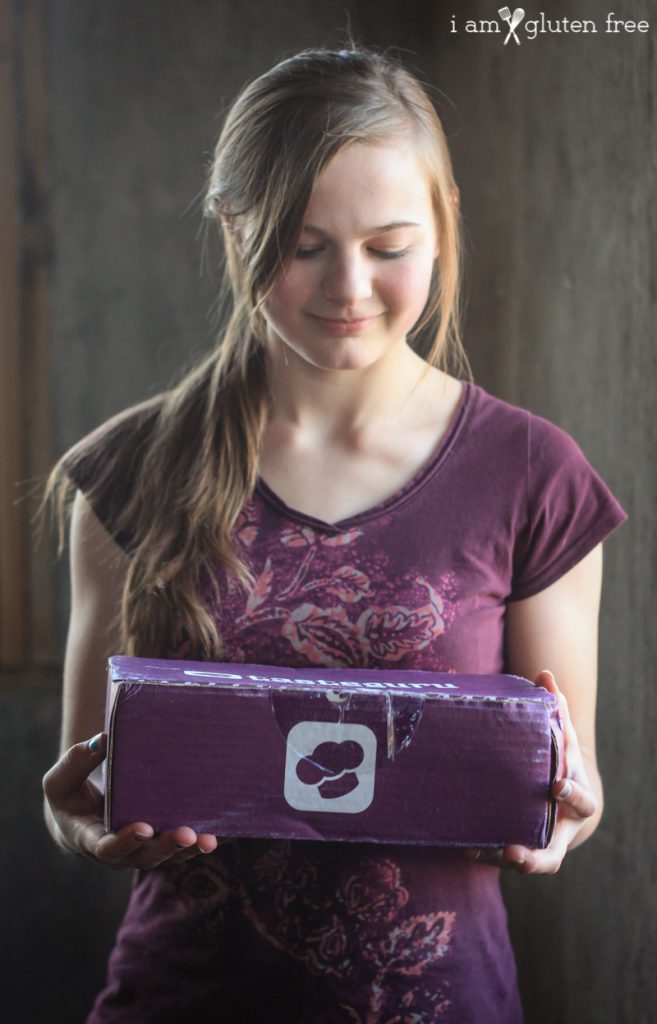 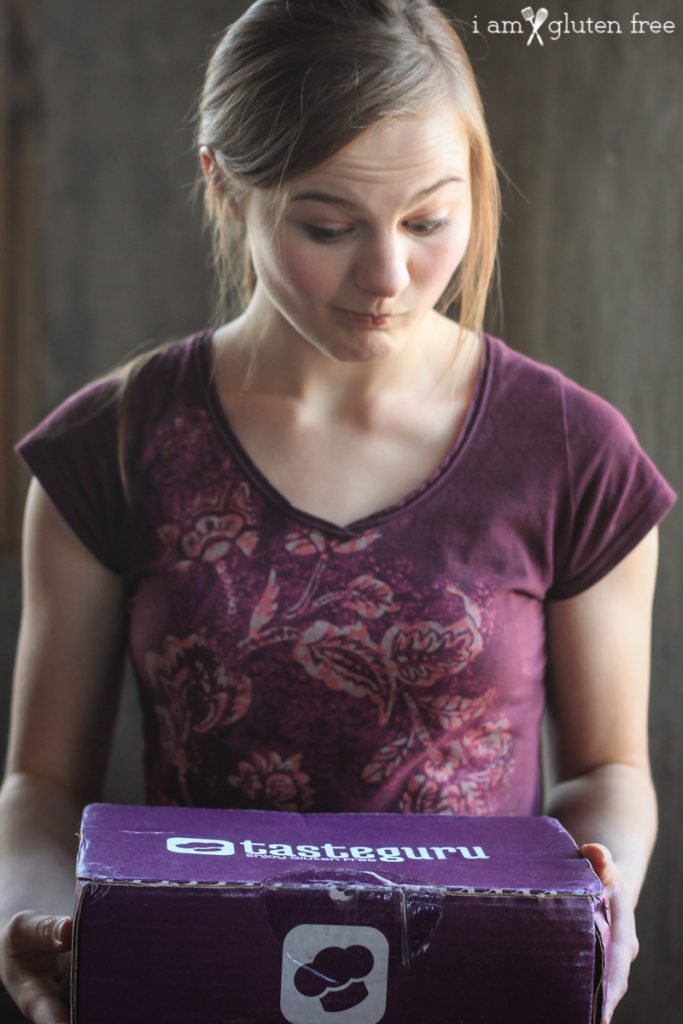 I popped it open with a knife (getting a little violent here) and was joined by two weirdies (never seen them in my life). 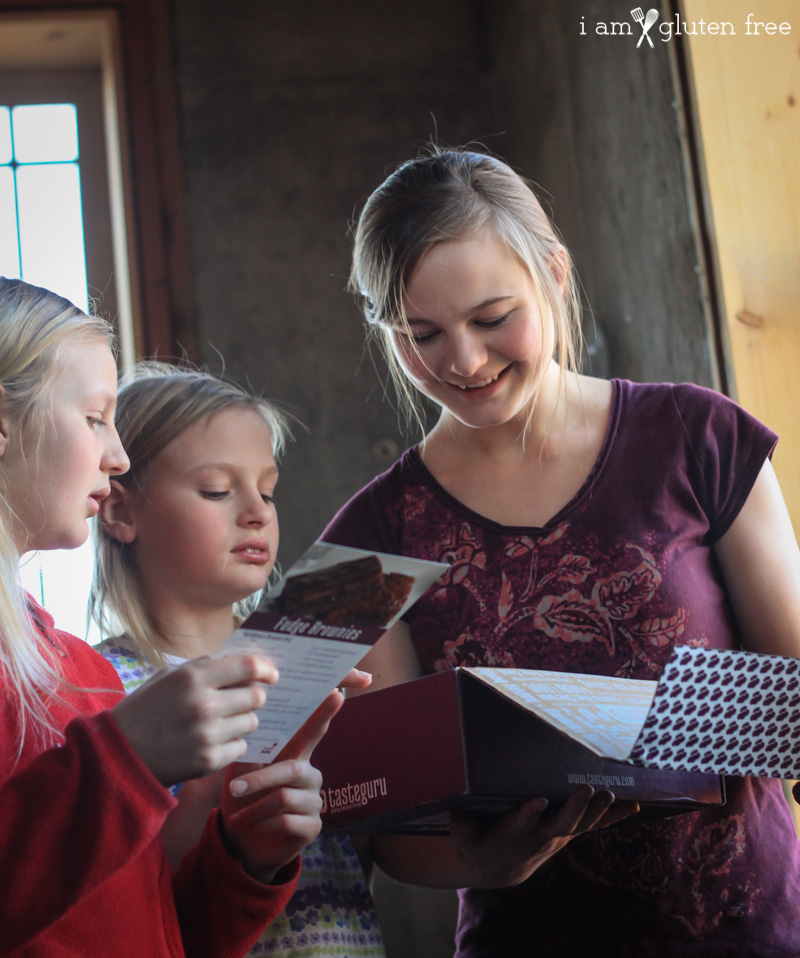 She was into the sour beans (they tasted a lot like those gummy worms you might remember). 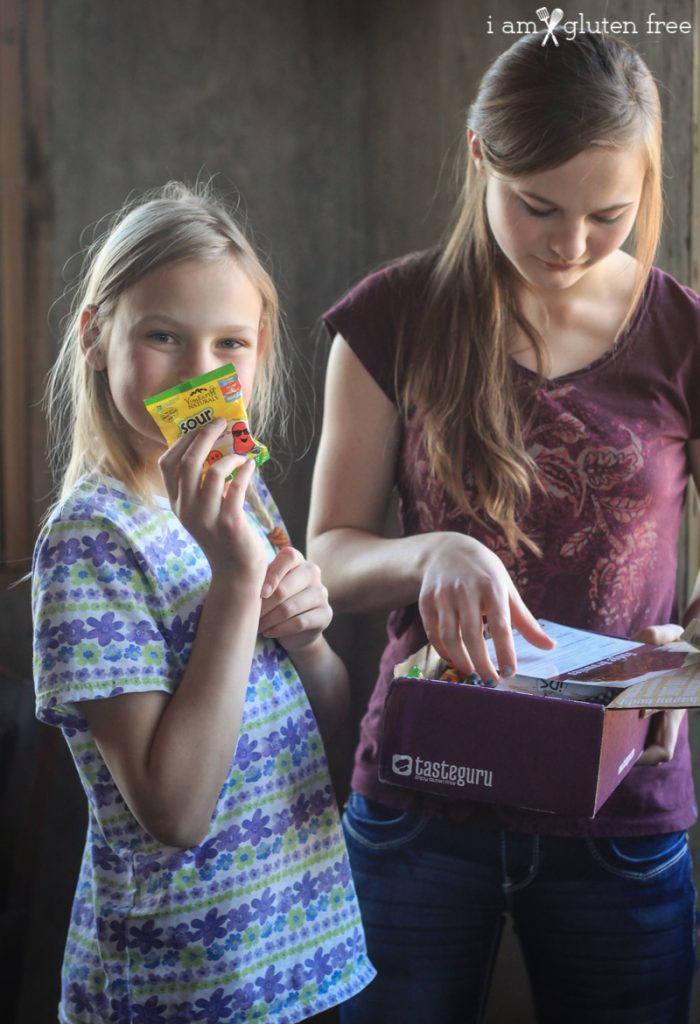 So, what did I actually get in my box?

Item 1. Toasted coconut chips made with cane sugar, coconut, and salt. These were pretty tasty (who doesn’t love toasted coconut) but they were overly sweet. Item 2. Chocolate hazlenut spread. Like nutella. It tasted pretty darn good. I think it would be good on bread or cupcakes or, well, just about anything. 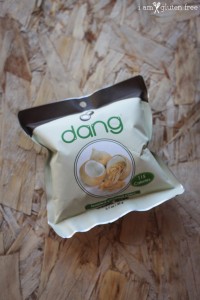 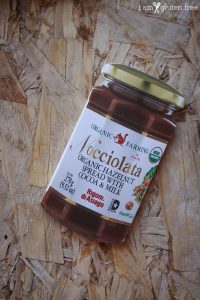 Next, a swoffle cookie (apparently that’s like a Dutch, caramel-filled pastry). While the caramel filling was super tasty, it was also a little bit sweet for my tastes.

Fourth, some egg white chips. I admit I was a little weirded out when I first pulled them out of the box (egg white chips? seriously?) but they turned out to be one of our favorite things in the box. Nice and crunchy. My little sisters loved them. 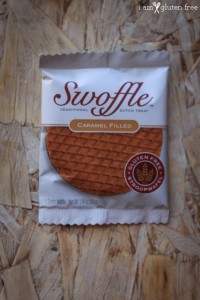 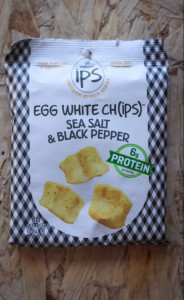 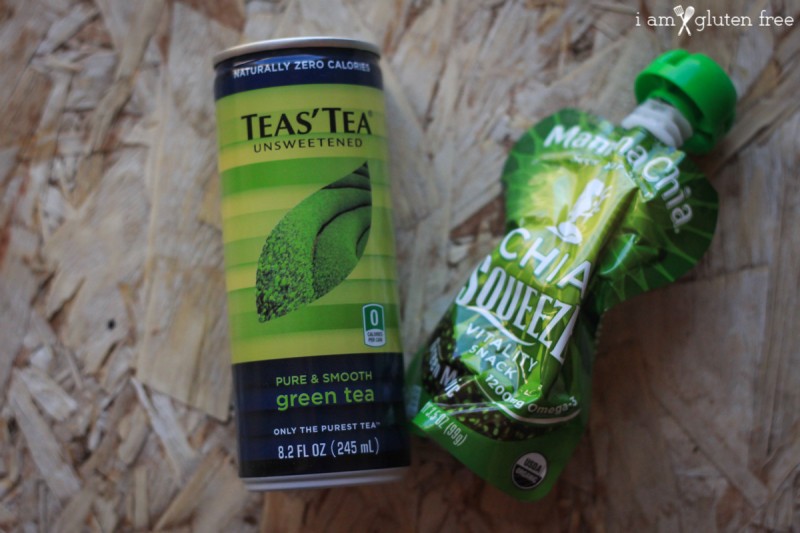 I’ve already mentioned the sour beans a little bit and how they tasted like gummy worms, right? Though these were, again, very  sweet, we still enjoyed them just because we all used to love gummy worms. 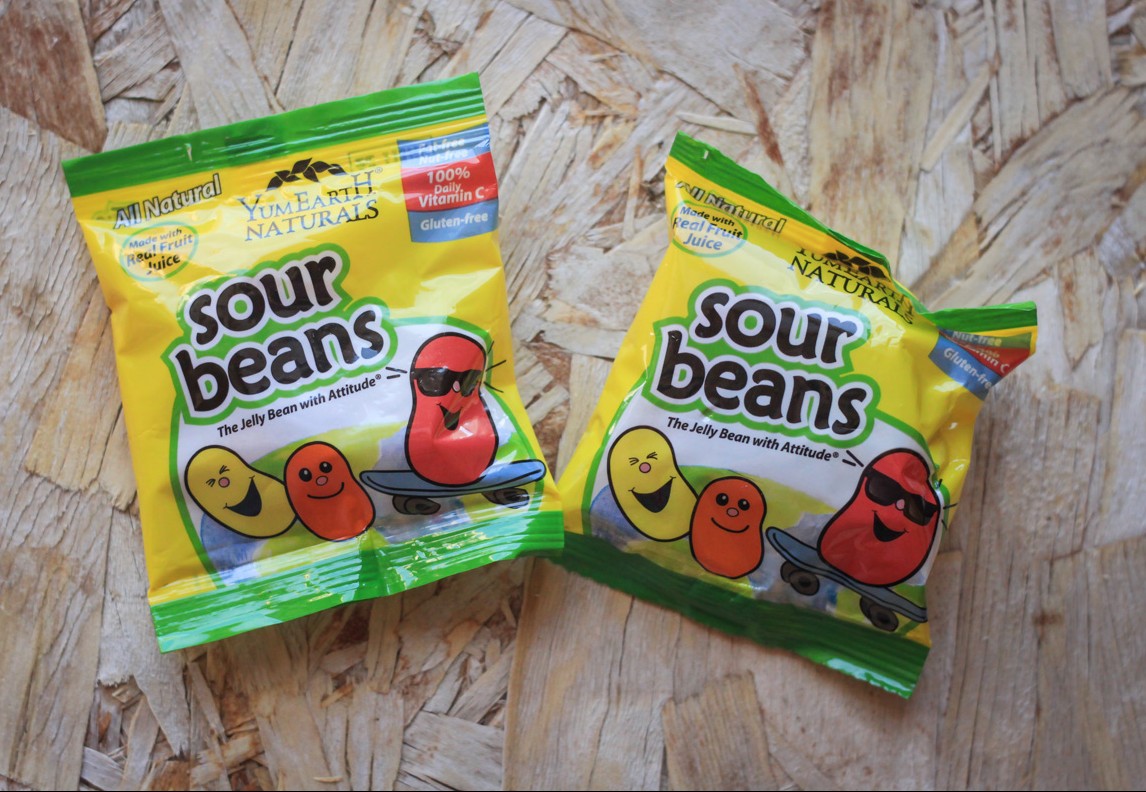 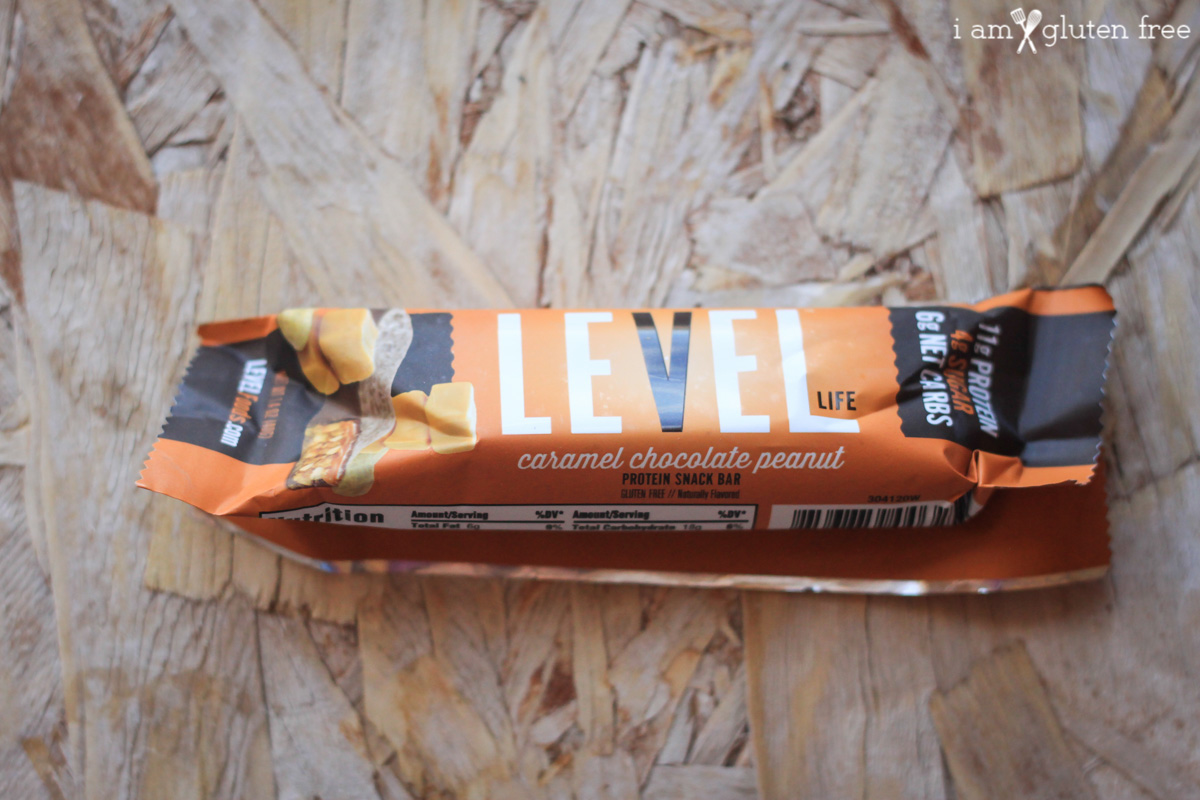 Lastly, the fudge brownie mix. I was excited about trying this because I’ve heard only the best about Better Batter. I was a little disappointed in the sugar content (the brownies were very sweet), but they were quite fudgy. Below is one of the little sisters whipping them up.

I think we could’ve made the brownies better, but we substituted for the canola oil. I guess the olive oil didn’t work right because they were a tad greasy around the edges. 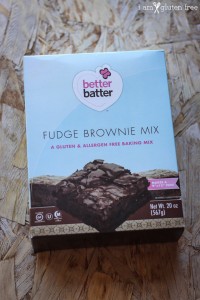 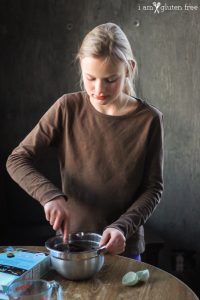 Here’s the full array of goodness: 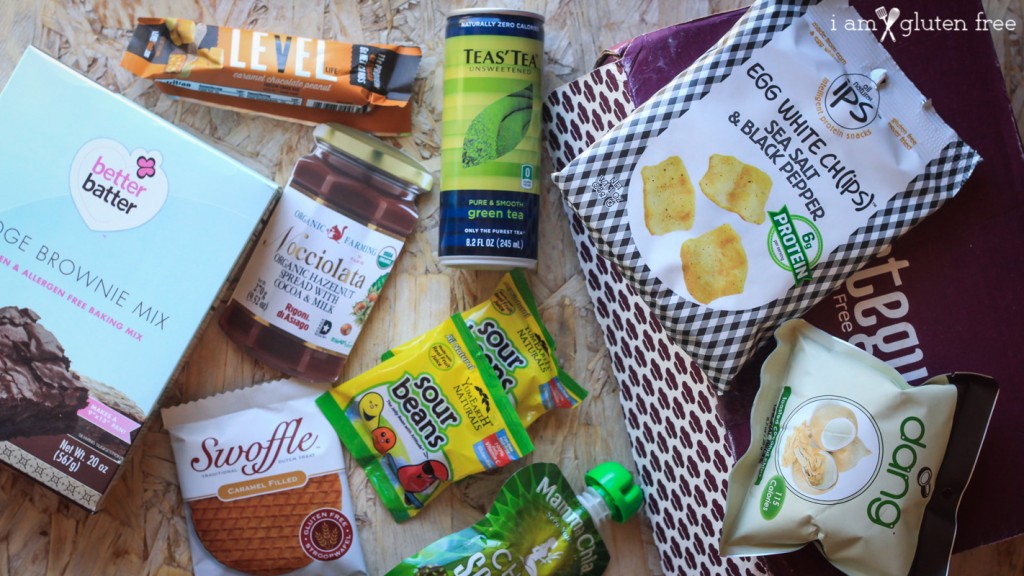 Now then, for the practical information (the serious version of the review):

-Depending upon which plan you order, the price runs between $15 to $24 per box (the longer the subscription, the less expensive the box).

-Let me say again that you won’t be getting the exact same stuff every month (so it’s unlikely you’ll get the items I got, but you’ll probably get something similar).

-Where to buy? Just go to TasteGuru.com

Now for the pros and cons…

Overall, my TasteGuru experience has been okay, but I’m hoping that in the future that they’ll be able to produce healthier, more family-sized boxes. Until then, it’s unlikely that we’ll be getting another box.

Last of all, here’s thanks to the other photographer (she was behind the camera while I was in front). 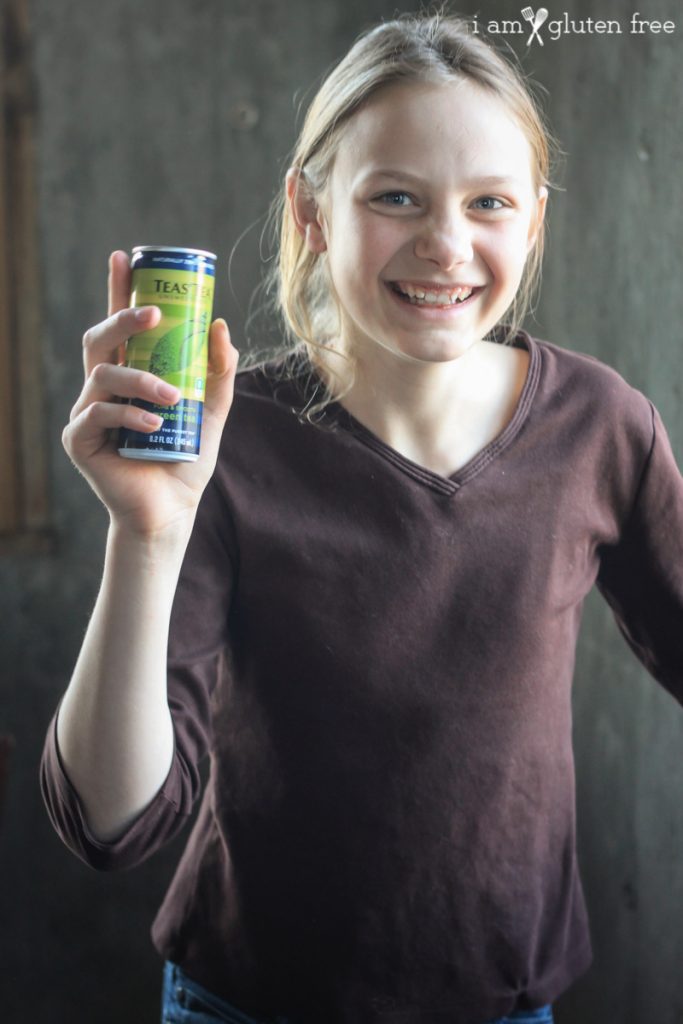