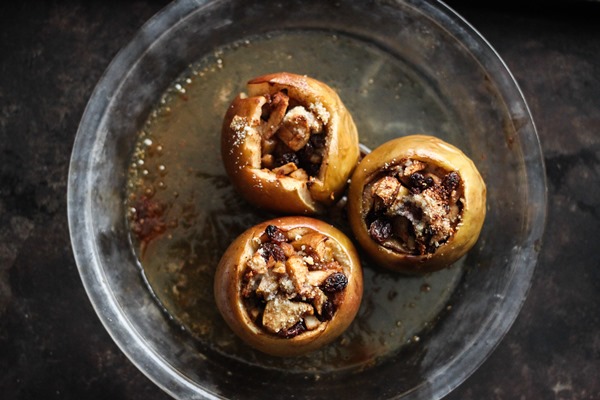 It’s a blizzard outside.

That may have been a slight exaggeration. But it’s cold and windy and there’s snow blowing everywhere. Our big white Great Pyrenees may be impervious, but the rest of us would rather stay inside, thank you. 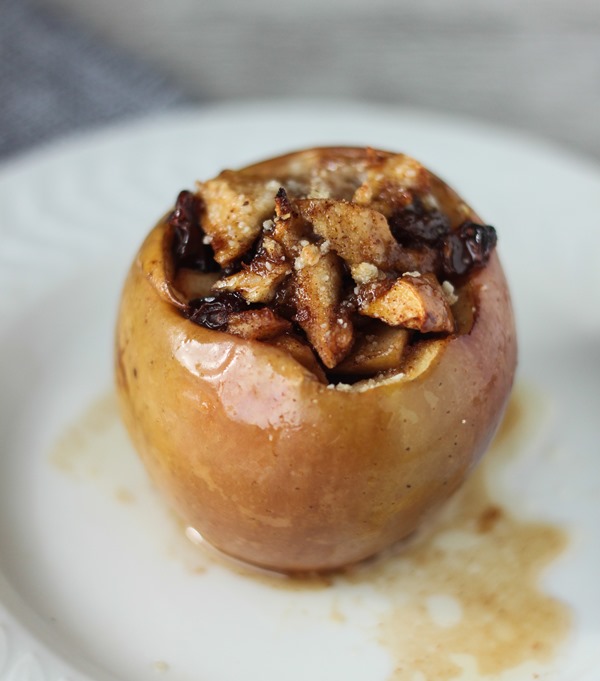 On a day like this, you need something warm stuffed with cinnamon and little juicy bites of apple. 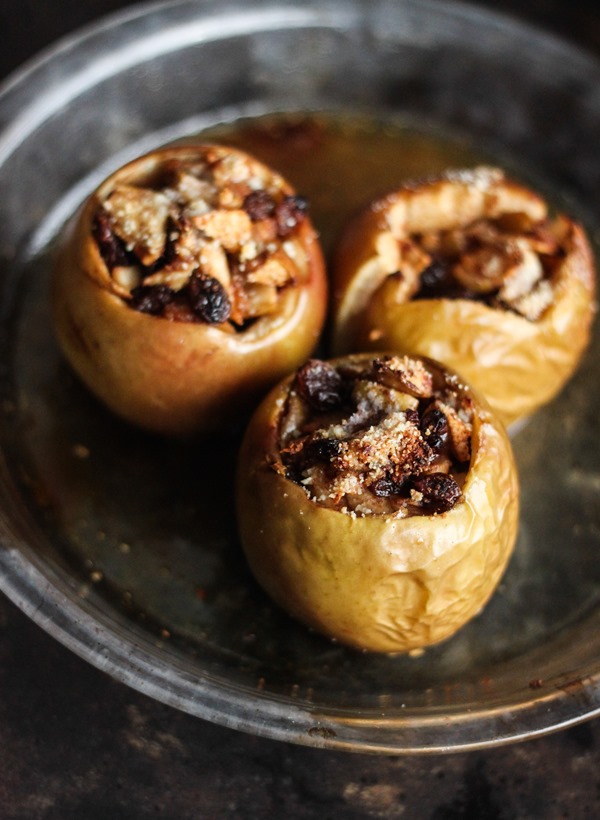 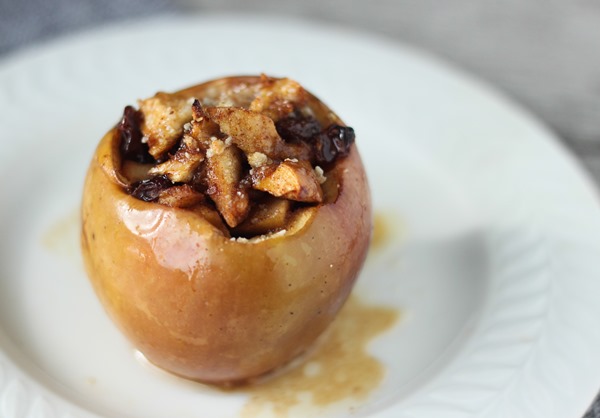 You need it with a flood of cream on top. 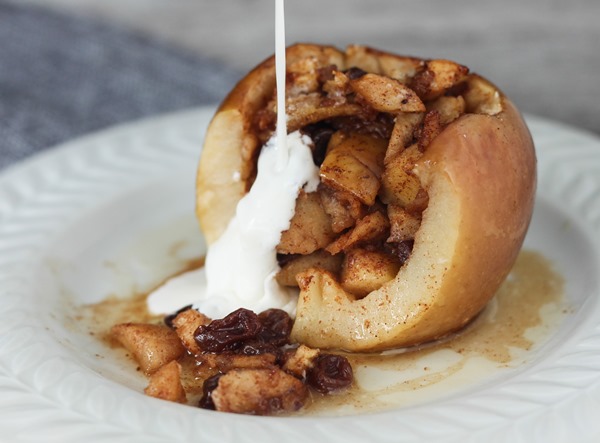 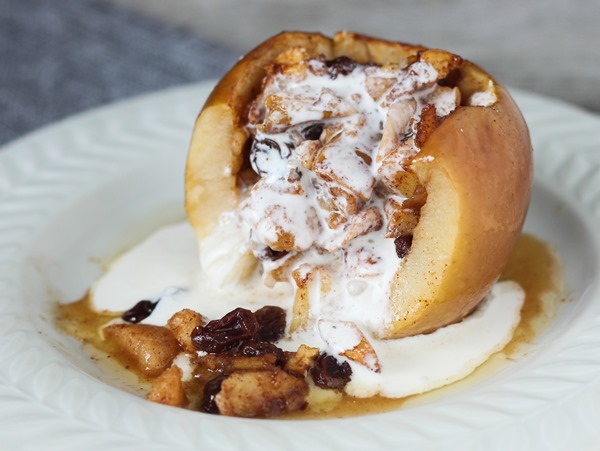 Butter a small pan. I used a glass pie dish.

Core three apples, then use a spoon to dig out as much of center as you can without breaking the outside of the apple. I confess that, in my impatience, I broke one.

Put the cored apples onto the pan. 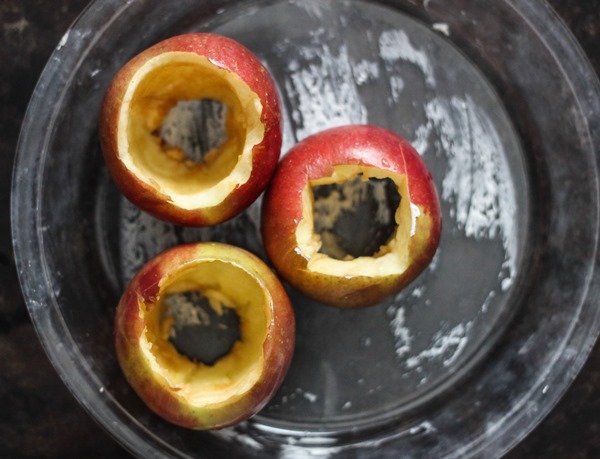 Put the bits of chopped apple into a bowl with 1 teaspoon of cinnamon, 2 tablespoons of chopped butter, 1 teaspoon honey (or sugar), ¼ cup raisins, and pinch of ground cloves. 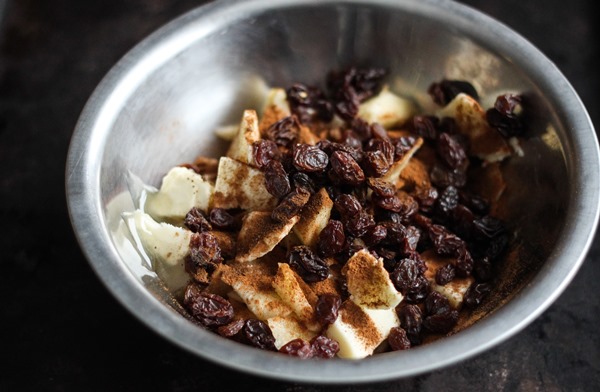 Stir all of that together and stuff the apples full. 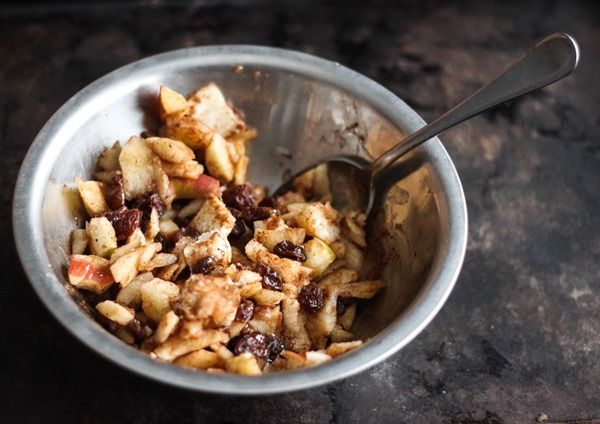 Sprinkle the top of the apples with a dash of almond flour. Put a small slice of butter on top of each. 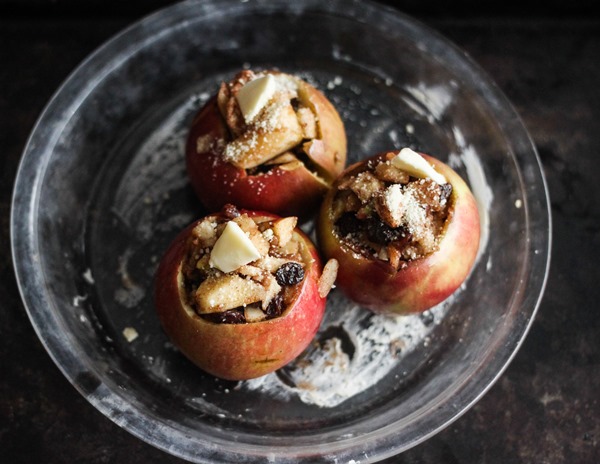 Stick the apples into the oven at 350 degrees F for about 1 hour, until the apples become soft and delicious smelling. 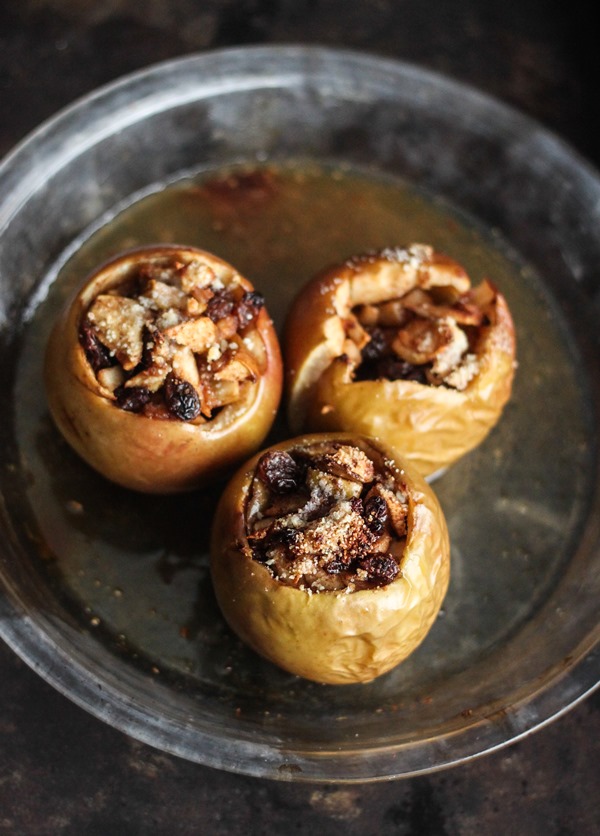 Take them out of the oven, drizzle with cream, ice cream, or whipped cream, then eat the apples before they get cold!