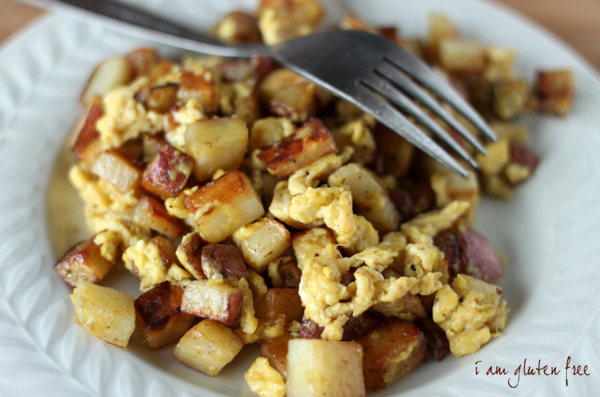 My little sister came up with this recipe, actually. We do this “everybody makes their own breakfast” thing. I made blueberry pancakes for myself, and that should have been satisfactory. But it’s really hard to watch somebody else enjoying a hearty, yummy-looking meal like this. So I’ve dumped blueberry pancakes (for the time being) and replaced them with this, which is absolutely delicious.

So thanks to my little sibling for the recipe here. I wouldn’t be surprised if, in a few years, she was one incredible cook/baker. 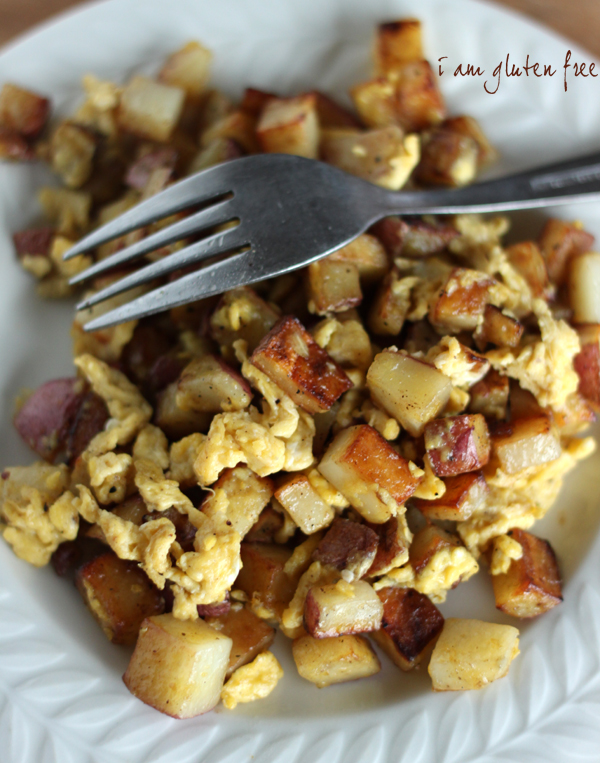 Serves: 1 average sized meal (double the recipe if you’re preparing for a big day of painful work and labor).

1 medium-sized potato (about 3 inches in diameter)

1 tablespoon butter, for the pan

Heat the pan to medium-high heat, put about half the tablespoon of butter on there. While the pan is getting good and hot, chop up your potato into little chunks. If they aren’t good and small, the potato will not cook through all the way.

Turn the pan down to medium-low and allow to cool off (with the potatoes still cooking), for about three minutes. While the pan is cooling, beat the egg in a bowl with a fork. Add the remaining salt and pepper and beat again with the fork.

Pour the egg onto the fairly cool pan, in with the potatoes, and immediately start pushing the egg and potatoes around, flipping and stirring so as to get the egg and potato mixed together, and the egg cooked. The egg will cook fairly fast, about 2 minutes.

Remove the whole load from the pan and put it on a plate. Turn the burner off, sit down, and eat your meal.