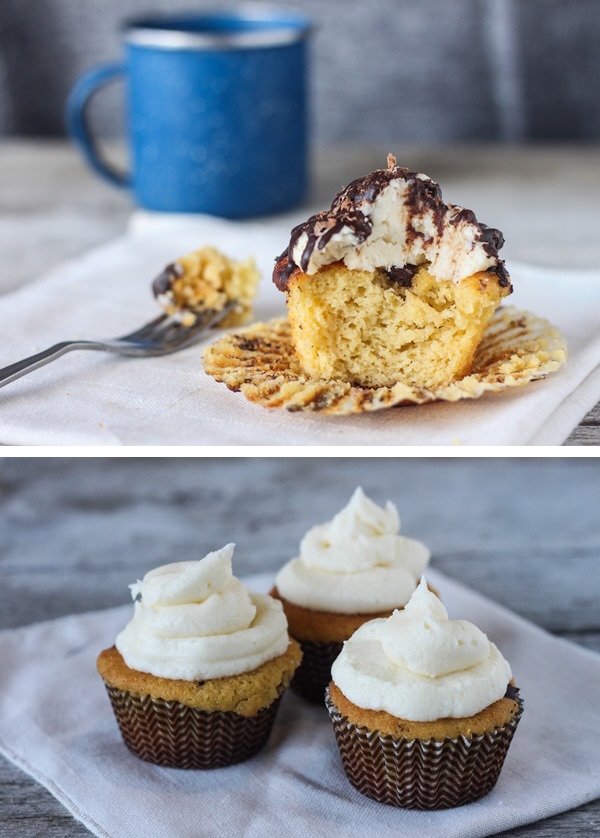 I made these with very low expectations.

Shocking, right? I expected it to fail before I even tried.

But pretty much everything paleo that I’ve made (except for the few paleo recipes on this blog) has not turned out very well. There just isn’t much to work with. If you asked me what is in these cupcakes, the honest answer would be “nothing.” Because I myself have absolutely no clue how these cupcakes even existed. 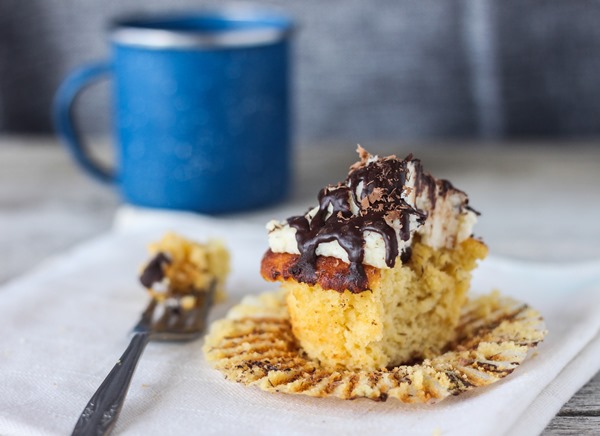 The only proof I’ve got is one solitary, lonely little cupcake.

Have I mentioned that the downside to having a large family is that they eat everything? 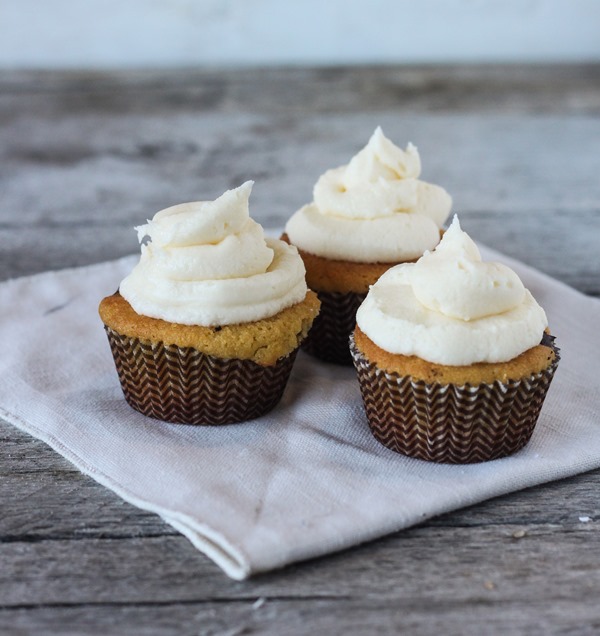 This was frosting attempt number two. I know it looks good, but it just didn’t taste amazing.

As for that one cupcake, there isn’t much left of it for proof because I kind of annihilated it in an effort to take pictures of the inside of the cupcakes so that I would be able to convince you to make them.

Was it worth it? 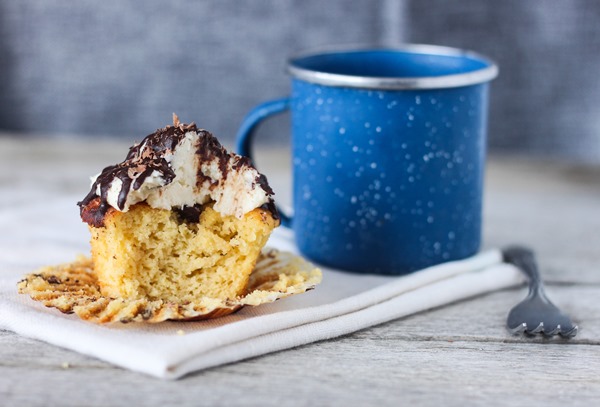 However these cupcakes happened, they did happen. And they aren’t half-rate just because they are paleo. You could take these to a party and give them to people who love to stuff themselves with grains, and those people would eat these cupcakes, completely clueless that they were actually eating something healthy.

I feel an evil laugh rising in my throat. 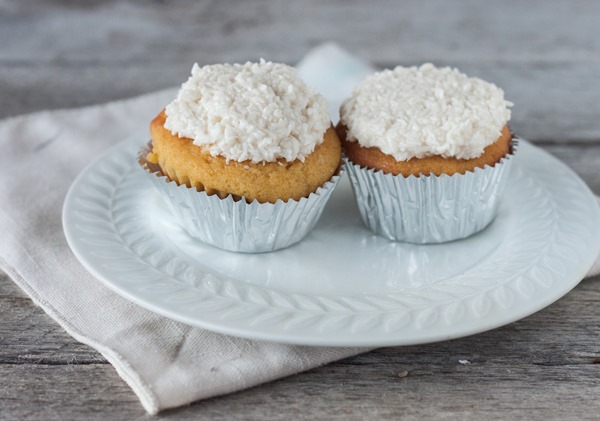 Time: about 45 minutes (you don’t even have to use a blender for these! Yay!)

Preheat the oven to 350 degrees F.

Place paper cupcake holders in 15 muffin holes (my batch made fifteen. If your muffin holes are bigger or smaller you’ll end up with fourteen or sixteen muffins instead of fifteen).

Place coconut oil, honey, and olive oil in a small saucepan on medium low. Cook, stirring every now and then, until honey and coconut oil are completely melted.

While the honey/oil mix is melting, put the coconut flour and eggs in a bowl and stir together. The mix will look pretty yellowish and will be very thick (coconut flour is dry and absorbs a lot of moisture).

Pour in the honey/oil mix and stir everything together until completely blended.

Spoon the mix into the prepared pans. Sprinkle the muffins with chocolate chips (optional), then stick everything in the oven.

Cook for about 20 minutes until the tops are light brown and firm to the touch. If you aren’t completely certain that they’re done, test with a toothpick or thin knife. If the toothpick/knife comes out clean (a few small crumbs are all right), the cupcakes are done. 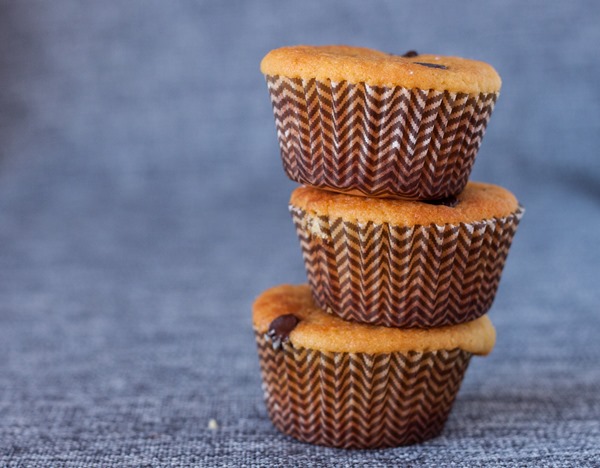 Okay, now for the bad news: The frosting recipe is…nonexistent. It tasted okay, but it just wasn’t awesome enough. But by way of apology (and until I can come up with a good paleo frosting), here’s a link to a paleo frosting recipe. I found it on pinterest and then pinned it to my paleo board so that I could think about what a good person I was for actually pinning something useful for once. 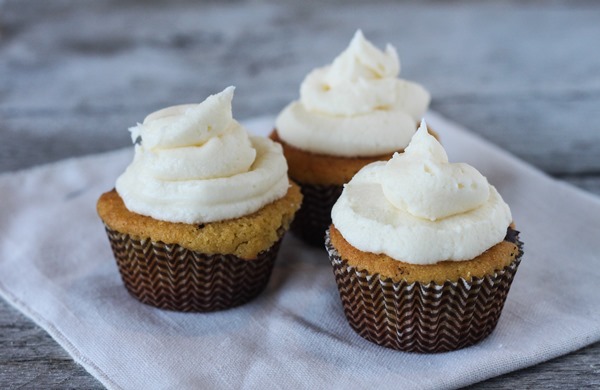