Lately I’ve been experimenting a little more in the world of paleo. 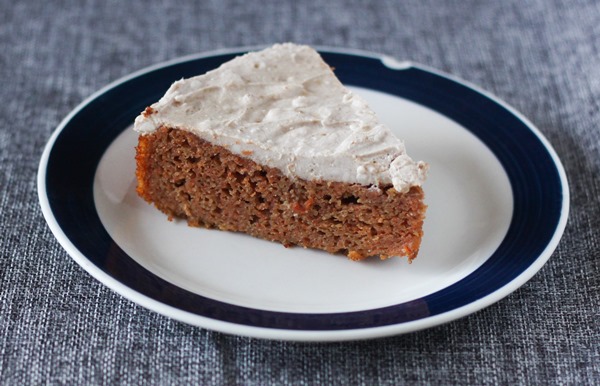 It’s a strange world, full of aliens like coconut flour and chia seeds (still not real sure about the chia seeds but everyone else loves them so that’s terrific for them). 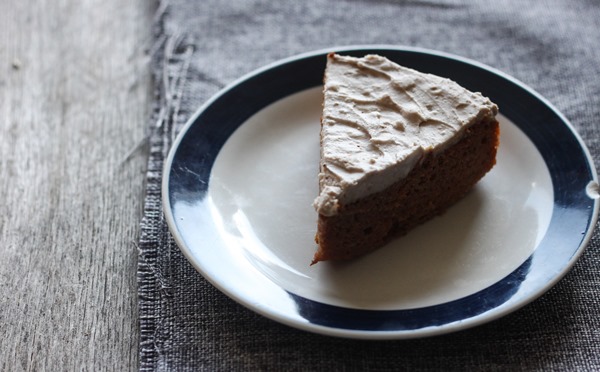 I’m not even going to say that half (or a third) of my paleo baking attempts are exactly successful, but I can say that this one is. 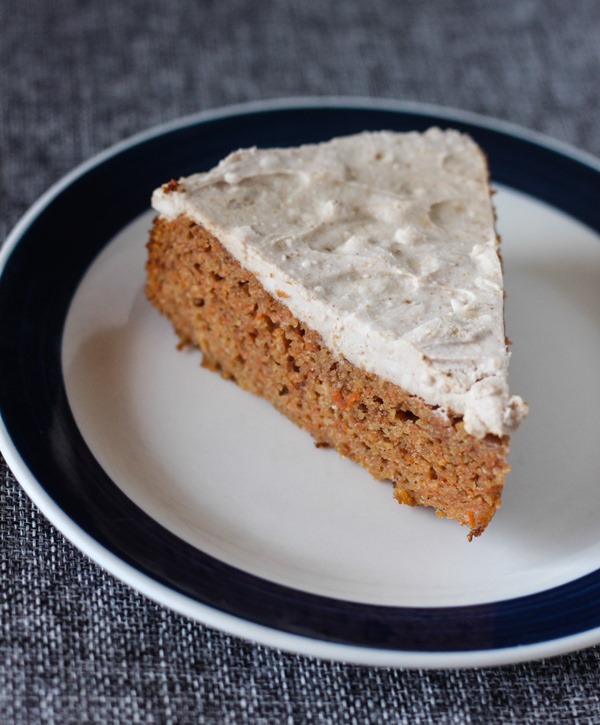 So, here you have it. Paleo Carrot Cake with some Coconut Spice Frosting. Dig in. 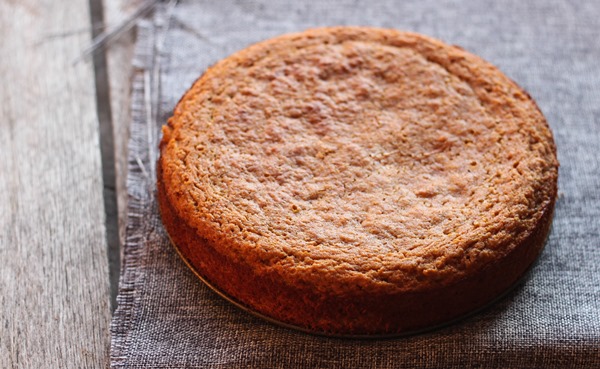 Grease a 8 inch round springform cake pan with oil. Preheat the oven to 350 degrees F.

Combine the coconut flour, baking powder, salt, baking soda, cloves, and cinnamon in a bowl and stir together.  This will be a very small amount, but coconut flour is very liquid absorbent, so the measurements are right.

Melt the honey and coconut butter in a small saucepan, then pour the mixture into a bowl and blend the olive oil and vanilla extract in.

Add the eggs and grated carrot and blend until mixed.

Add the dry ingredients and blend.

Pour the whole mixture into the prepared pan and cook for 20-25 minutes until firm (but still soft!) to the touch. 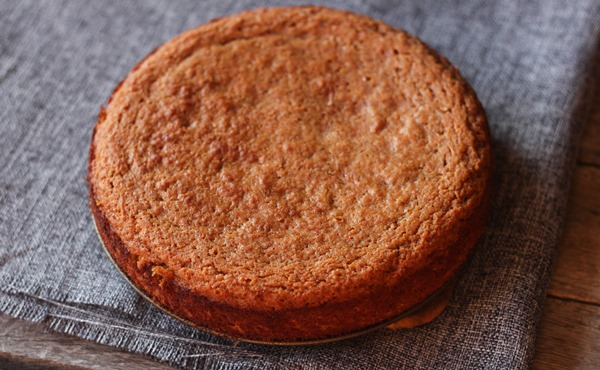 You are going to have to plan ahead when making this frosting: Have your can of coconut milk in the refrigerator the night before.

Open up the can of coconut milk that has refrigerated overnight. I use the “Thai Kitchens” brand because it’s most likely to solidify properly (no, I didn’t get paid to say that). 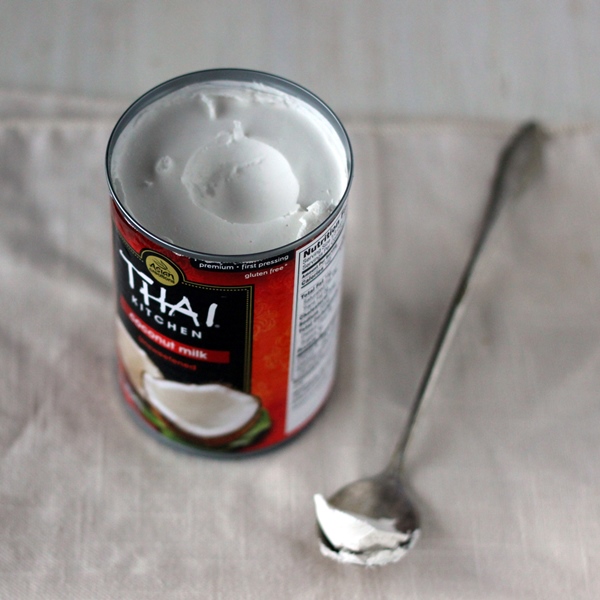 Your solidified coconut milk should look something like this.

The coconut milk on the top of the can should be firm and white. Spoon off all of the solid stuff (there will be some sort of watery liquid on the bottom that you don’t want). Put the solid coconut milk in a bowl and add the honey, cinnamon, cloves, and vanilla extract. Blend it all together with your electric mixer.

Spread over the cooled carrot cake. 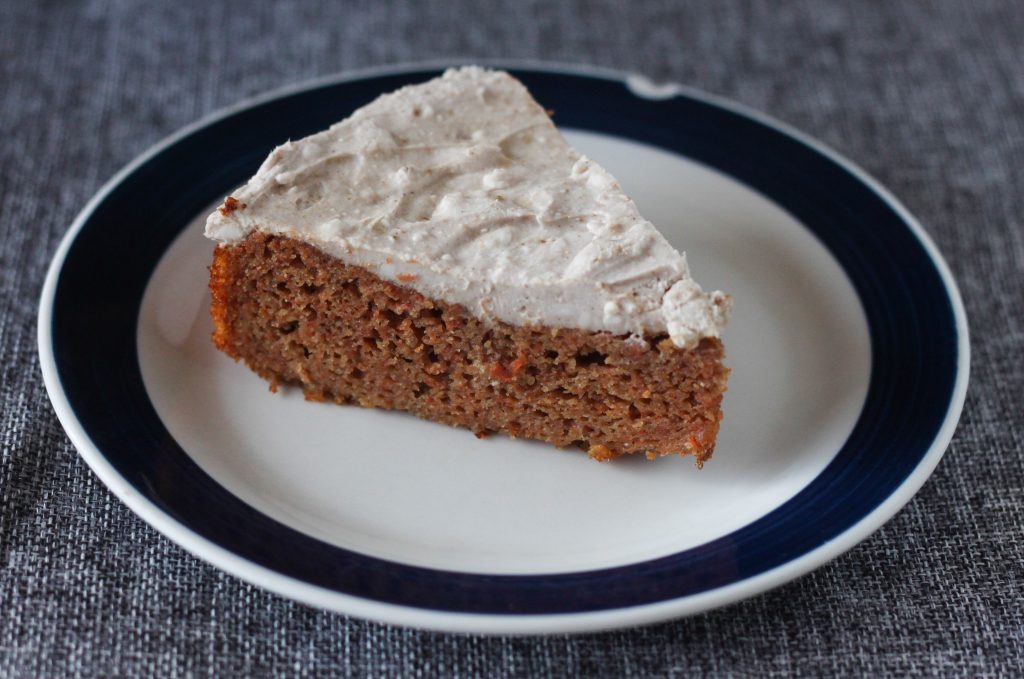