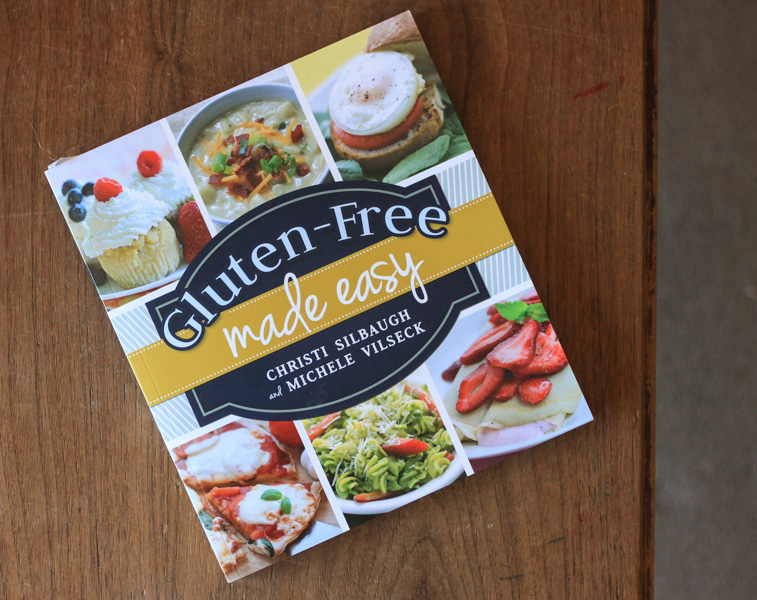 A few weeks back I was contacted about featuring a cookbook called “Gluten Free Made Easy” by Christi Silbaugh and Michele Vilseck.

As this post probably demonstrates, I was interested. I’d never done a feature before (so being that this is my first try, don’t expect extreme excellence or elegance) but I was willing to give it a shot.

I’d forgotten about it until a mysterious package arrived in the mail addressed to me…For a second I thought it was maybe a gift from a complete stranger who thought I was so very awesome that they just had to give me free stuff.

Okay, I didn’t really think that.

What kind of person do you think I am?

Of course I didn’t think that. Not even a little bit.

After I finished not thinking that a complete stranger had sent me a present, my paranoid side took over and I came to the perfectly natural conclusion that some evil stalker had gotten my address, magically learned to spell my name correctly, and sent me a bomb in the mail. For some reason I still opened the package.

I was happy enough when I pulled the cookbook out. Free cookbook? Are you kidding?! And all I have to do is monologue a little bit? 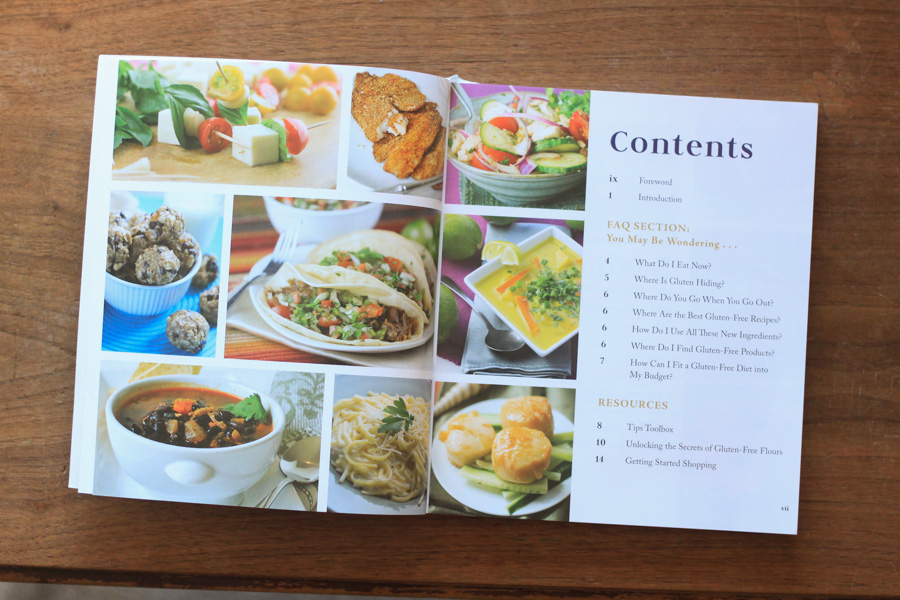 I immediately flipped through it and was happy to find that the cookbook does indeed contain pictures (which is pretty important as far as I’m concerned). 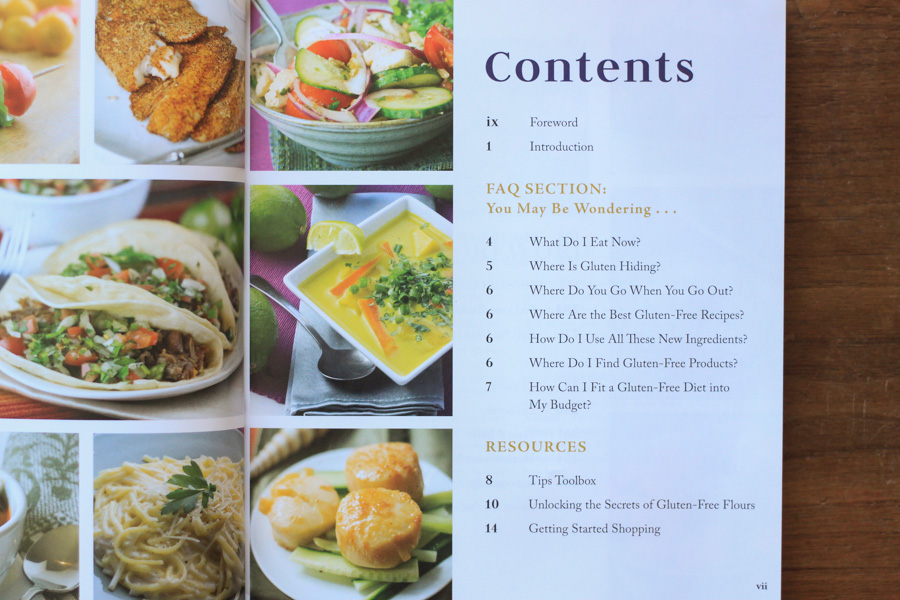 The first section of the cookbook would be very useful to people just beginning the gluten-free diet because it contains a lot of helpful information on shopping, cooking, and socializing gluten-free, as well as numerous baking tips. The recipes are also designed to be simple and easy–none of the directions were at all ambiguous or unclear. The book certainly does go by the title and makes gluten-free eating as easy as possible.

Anyway, a few days after receiving the cookbook I whipped up the pizza crust, and the two mornings later gave the apple muffins a shot. Behold, the results:

The pizza was very easy and the recipe contained only a few ingredients. It rose well, though the batter was a little interesting because the consistency was somewhat buy antibiotics azithromycin like pancake batter. Below, a shot of my batter in the bowl: 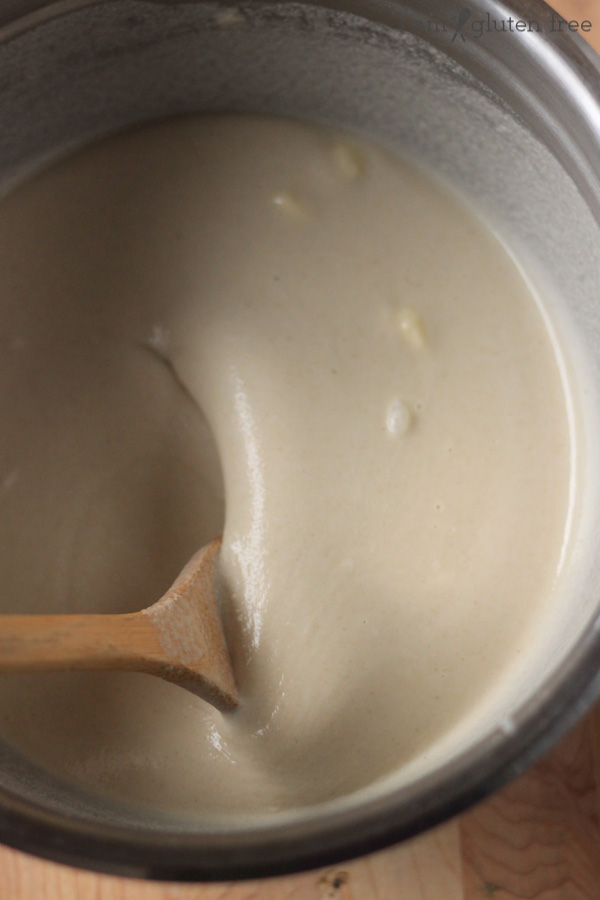 However, you’ll see that it sort of “thickened up” when it rose–though the precooking step was necessary or else the toppings wouldn’t have spread on. 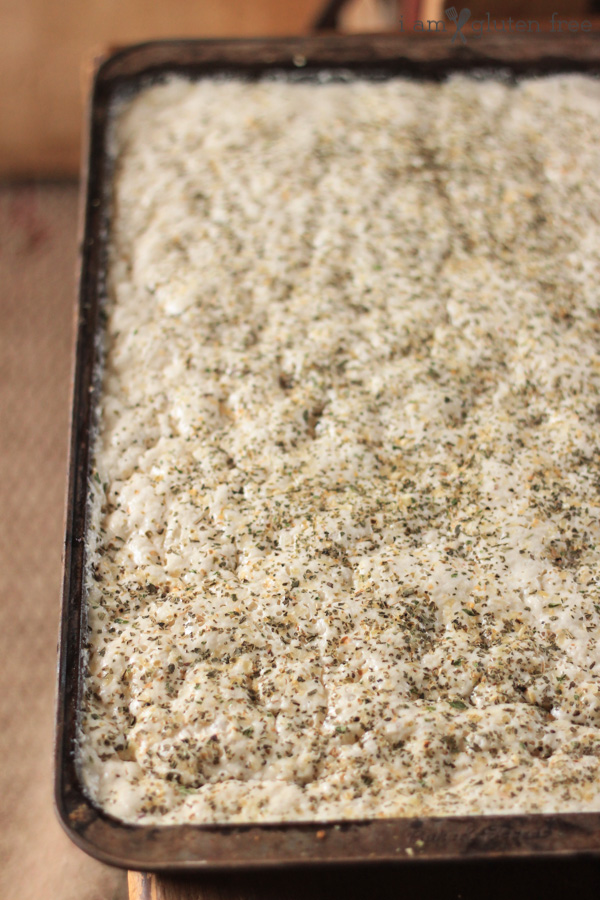 After pre-baking it, I threw on the toppings and put it in the oven. Here is the finished result: 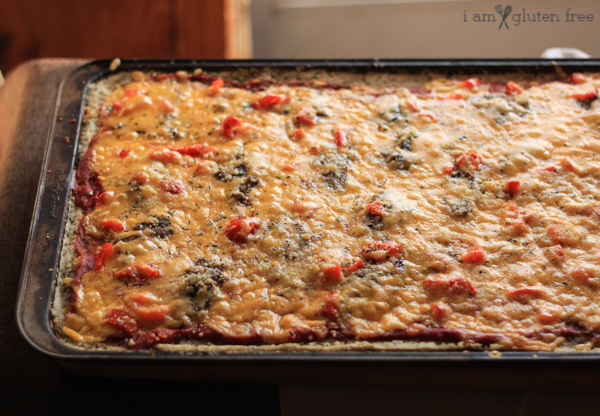 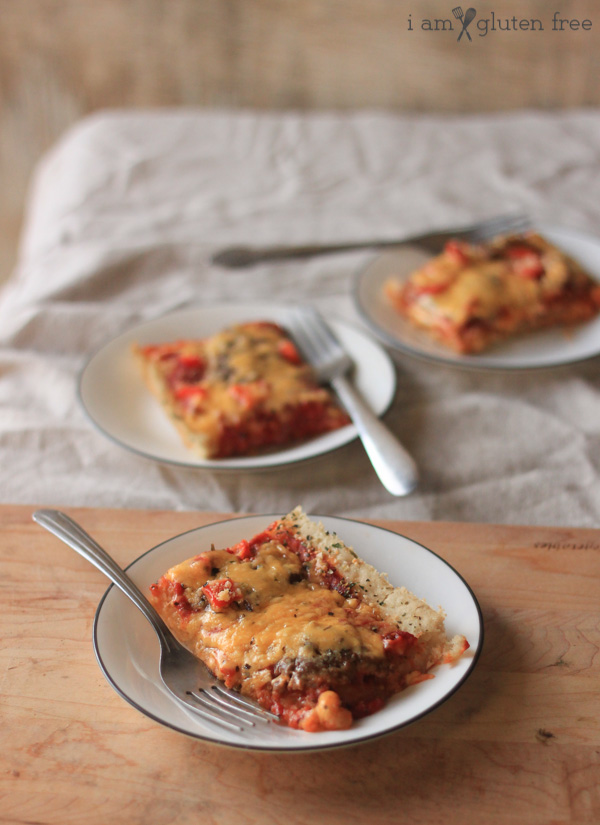 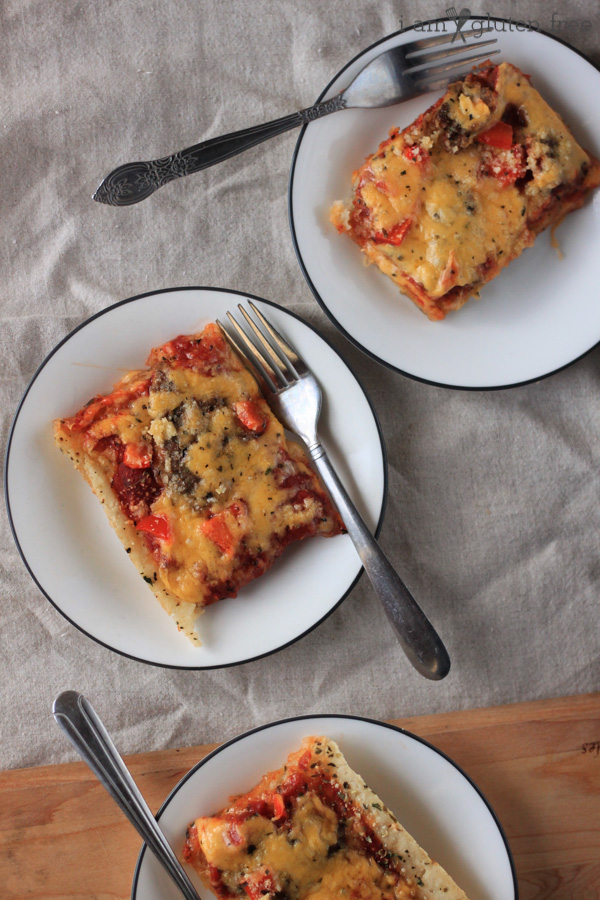 So, this was a very quick and easy pizza for dinner. If I had lots of time I might use a more complicated crust (the more effort the better, right?) but for something fast and easy this rises well and comes out soft and yeasty. If I make it again I’d probably use a little egg wash on the edges of the crust to get a nice brown finish.

I also saved a little bit of pre-made crust for a fast breakfast pizza the next day. It refrigerated well and softened up upon baking.

The day after the day after making the pizza crust, I also tried the apple cinnamon streusel muffin recipe.

Here they are fresh from the oven. I get a little “trigger happy” with my camera sometimes: 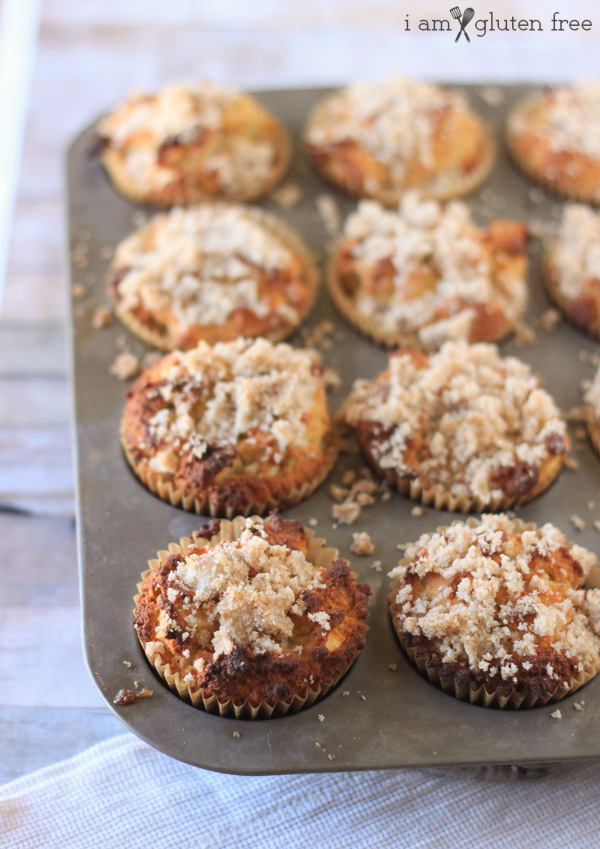 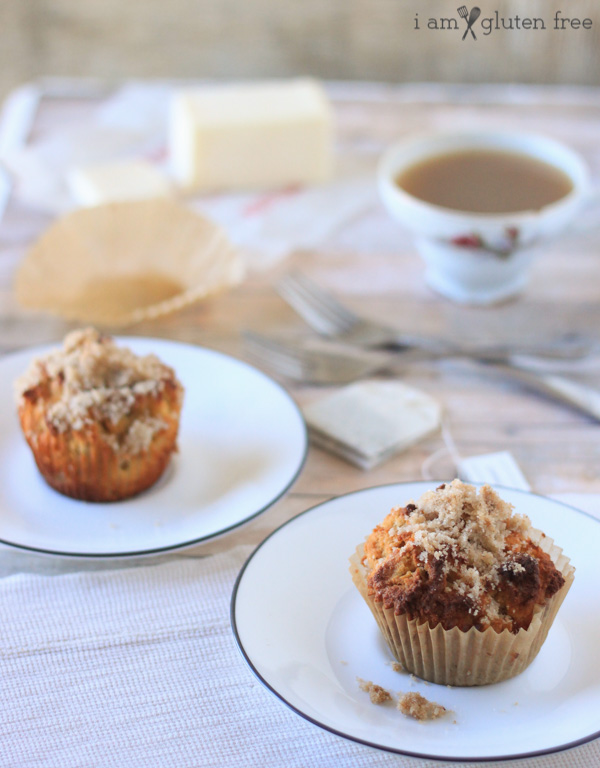 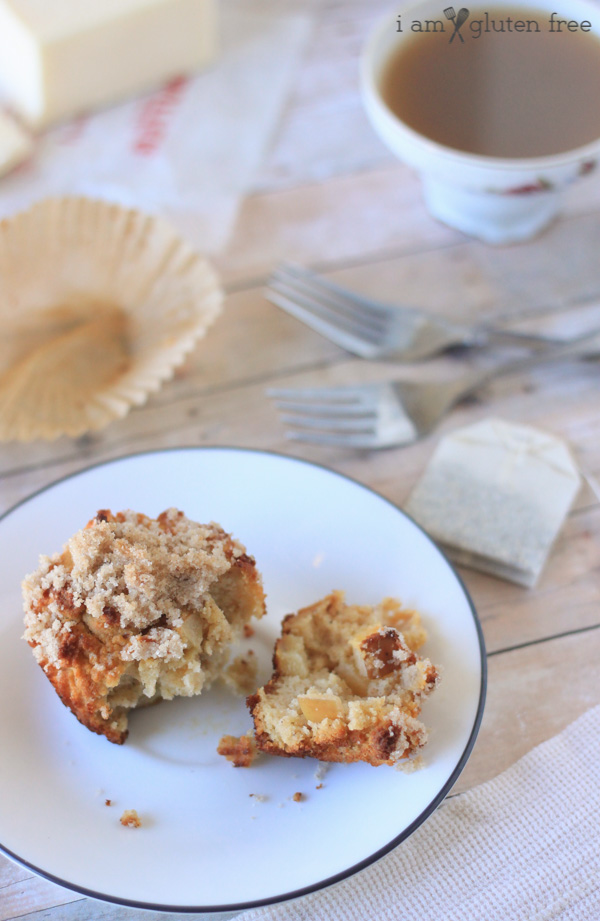 As far as the recipe itself goes, like the pizza these muffins were very easy to make. They were very sweet, so might be better for dessert or teatime (the theme I went for in my photos). I also found them a little bit dry and crumbly, but this could be due to altitude problems.

So I guess the question is, will I be making recipes from this cookbook again?

The answer is, probably yes. I’d like to try several of the “cooking” recipes for chicken, meat, and vegetables, since I’m not exactly a pro cook and would like to improve my cooking skills.

Anyway, there’s my review! And yes, I know it’s been a LONG, LONG time since I last posted a recipe, but no worries–just a few days back I perfected these super good vanilla poppy seed muffins, and you WILL be seeing a recipe soon.

I’ve come to the conclusion that smiley faces are just a tad creepy, but I’m gonna leave you with one anyway. 🙂