I hadn’t made a cobbler for months when my little sister came up with the idea. You might consider her the ‘second baker’ in the family. She likes to help me bake things now and then. She especially likes baking something all by herself. She likes to get the credit. You might say she’s in it for the fame.

And so she wanted cobbler. She wouldn’t leave me alone.

What could I say?

She cut the apples last night, mixing them with lemon juice while everyone watched (my sisters like to hang around watching when they have nothing better to do). I made the dry ingredients, to be ready to mix with wet ingredients tomorrow. If you are going to make cobbler for breakfast, you have to get up an hour earlier than everyone else, and so I wanted to make it as quick as possible. 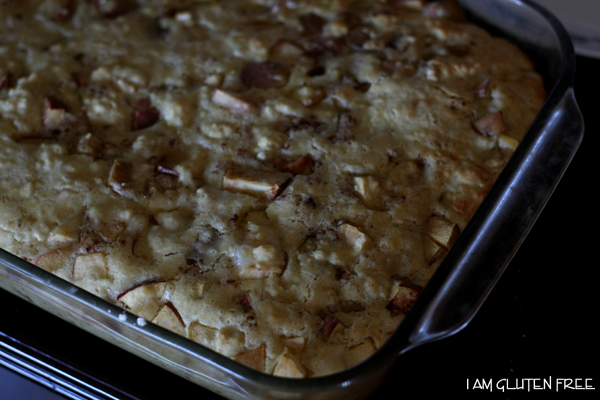 Well, let’s just say my helper was absent. In bed. Even though I was up thirty minutes later than the cobbler should have been started, she was still conked out hard.
I stuck the cobbler in the oven and left it to cook.

Then I went back to bed and played Angry Birds.

If you haven’t heard of Angry Birds, then you must live on an uninhabited island in the Pacific.

Either that, or you haven’t heard of Angry Birds because you never heard of wasting your time. The two are related. 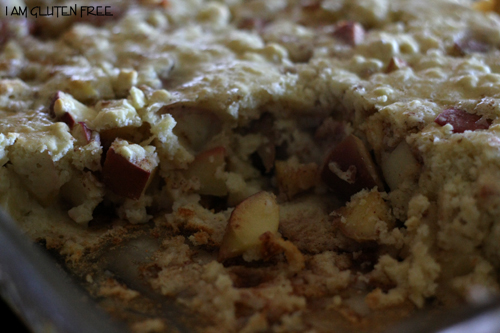 When the cobbler was done, I took out the camera.

“Oh NO!” Everyone wailed.

Not when it delays their breakfast.

When it comes to cobbler, there just isn’t such thing as waiting patiently.

So I didn’t take many pictures. Just enough to get a few shots of the untouched cobbler.

Then they dug in before I could stop them.

I took pictures while it disappeared. Then I figured I better get some before they ate it all.

Admit it. You want some too. 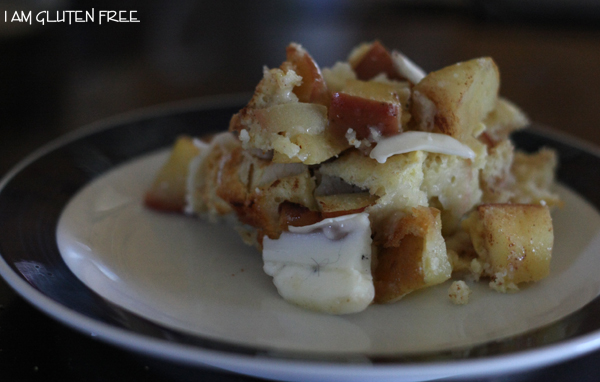 Place your fruit in the pan.