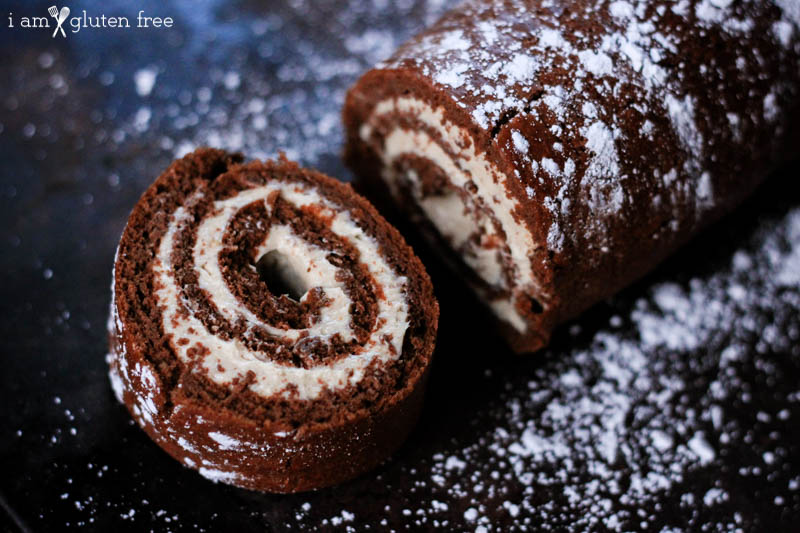 This gluten free and paleo friendly chocolate roulade recipe is a beautiful dessert. The greatest part, in my opinion, is that it looks impressive but is actually super easy to make. Though a chocolate roulade, or “yule log” is generally a Christmas dessert, it’s something I make year round. I’ll be making it more and more in the future as well, I think….since I can foresee it becoming one of my go-to paleo dessert recipes (I like to have a few of those up my sleeve). 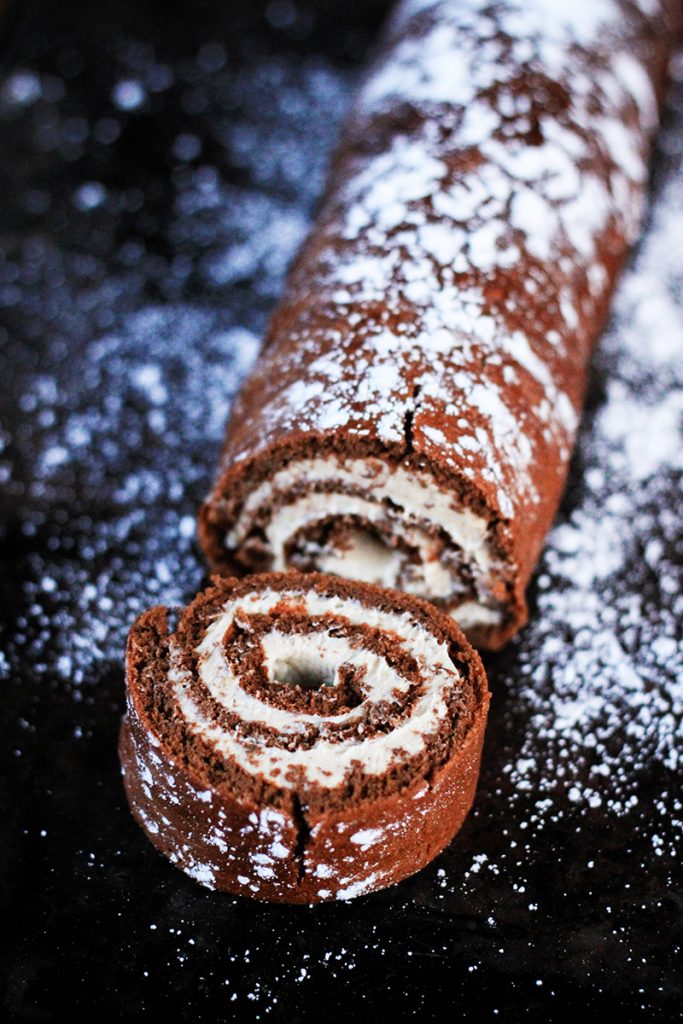 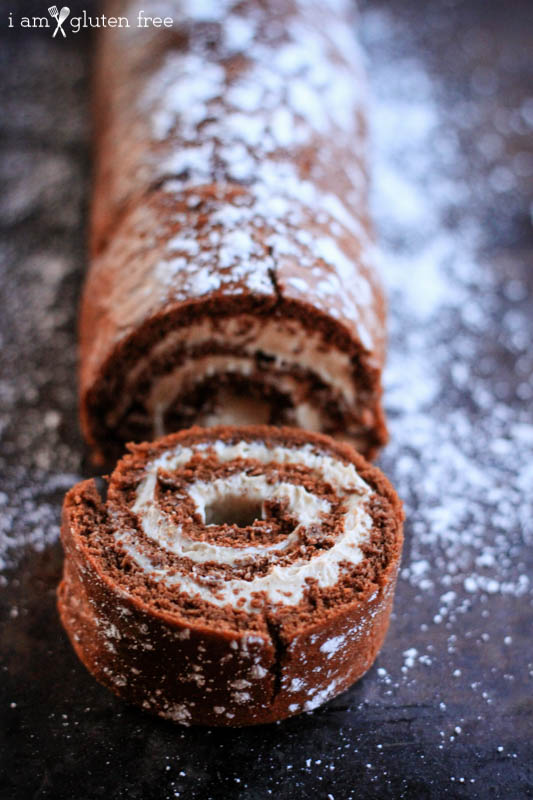 It is true that the frosting pictured in the chocolate roll photos is not a paleo frosting. It contains dairy, though no refined sugar. I’ve linked to a paleo frosting recipe below the chocolate roll recipe, but it comes out slightly darker in color…so expect that it will look a little different. If you do want to make the frosting pictured (no refined sugar but does contain dairy), it’s a simple recipe: 4 ounces cream cheese, 1/4 cup butter, 1-2 tablespoons honey (test to sweetness), 1/2 teaspoon vanilla extract, and 3 tablespoons peanut butter. Melt the cream cheese, butter, and honey down in a double boiler and stir in the peanut butter and vanilla. Looking back now, I think some chopped dark chocolate would have been really good mixed into the icing for some texture, so I recommend you add that. Then just refrigerate until use!

There are also some delicious sugar and dairy stuffed frostings linked to below the chocolate roll recipe! 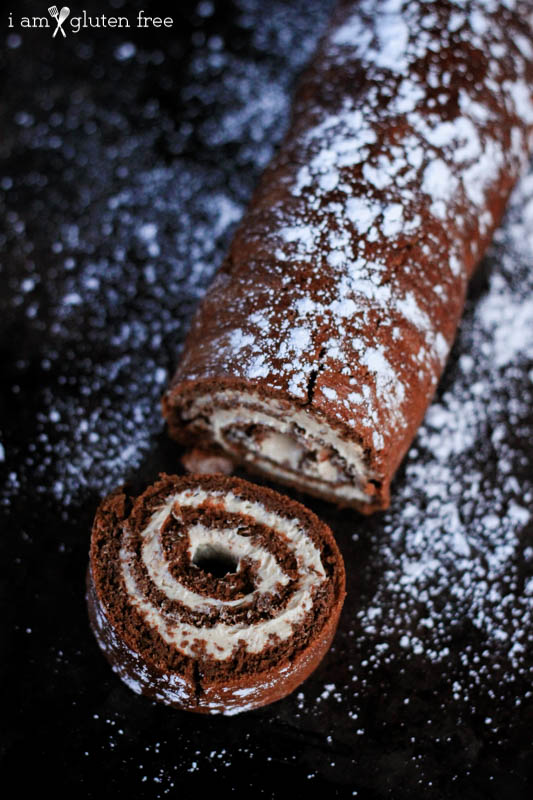 Anyway, on to the gluten free chocolate roulade recipe. Enjoy…and wow all your paleo and non-paleo friends alike! 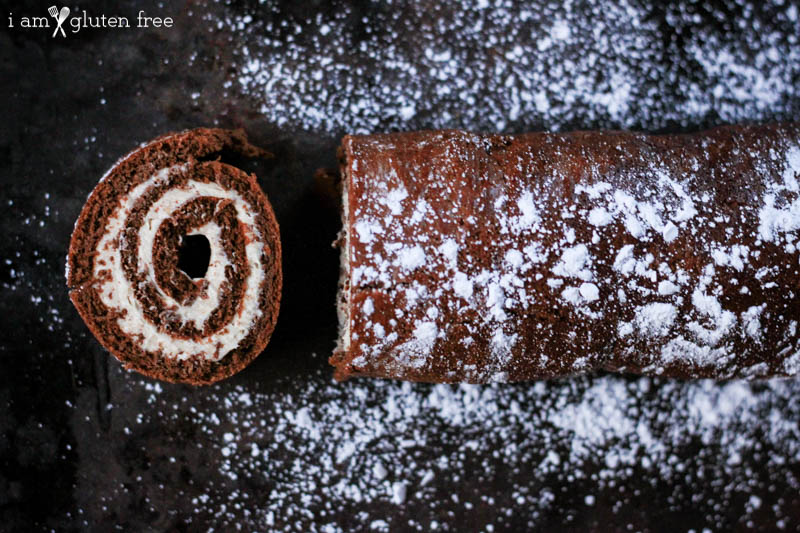 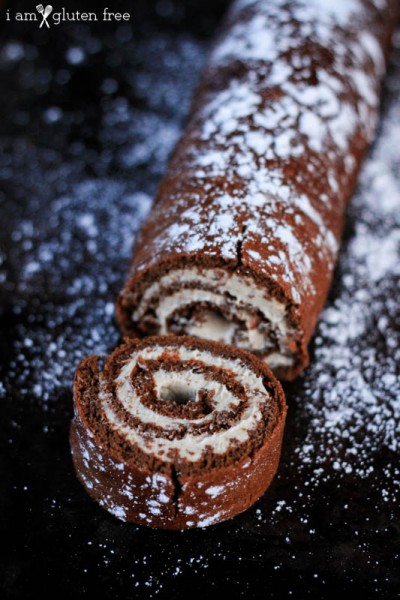 Paleo Frosting Recipe (note: if you prefer a lighter color that contrasts beautifully with the chocolate roll, do not add the cocoa called for in the recipe!)

I hope to publish a paleo ice cream recipe that you could also stuff this chocolate roll with, so stay tuned in the future! It has to warm up around here first…brrr!

This recipe was shared in Gluten Free Fridays link up!