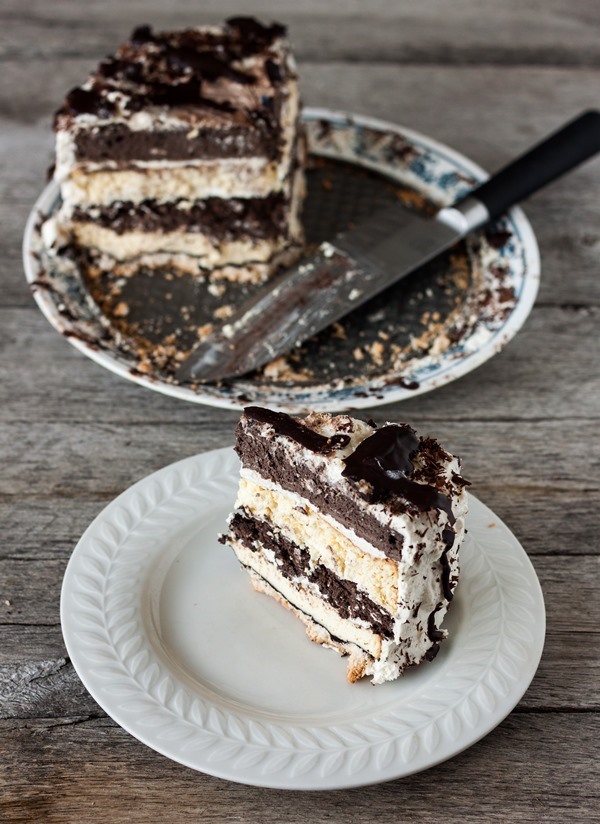 Yesterday was my youngest sister’s birthday. 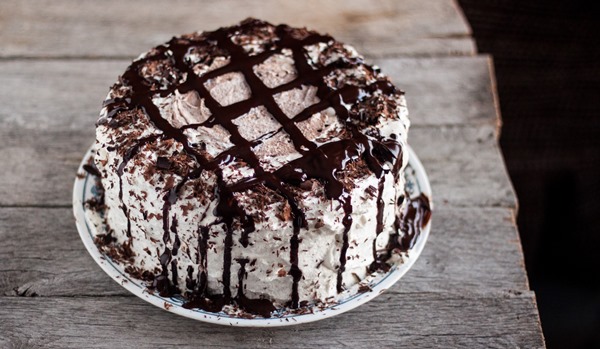 I confess that I’m afraid of what will happen next year.

This cheesecake was quite an effort because I had to make it in two batches since I only had two pans. So if you wish to attempt it, please have four pans. Believe me, your life will be so much easier. 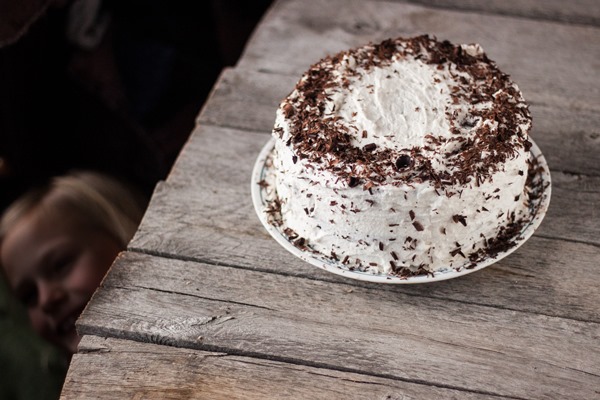 the birthday girl bombs a photo.

After making two full batches of cheesecake and cooling both, the assembly was the fun part. The birthday girl supervised as the layers stacked up. When my back was turned she ate a spoonful of whipped cream. Also when my back was turned, somebody touched the top of the cake and left a small fingerprint.

Among the criminal offenses of this world, touching one of Linnaea’s cakes is likely the most disastrous. Naturally the criminal failed to confess, leaving me to sweep a spot of whipped cream over the offending area. 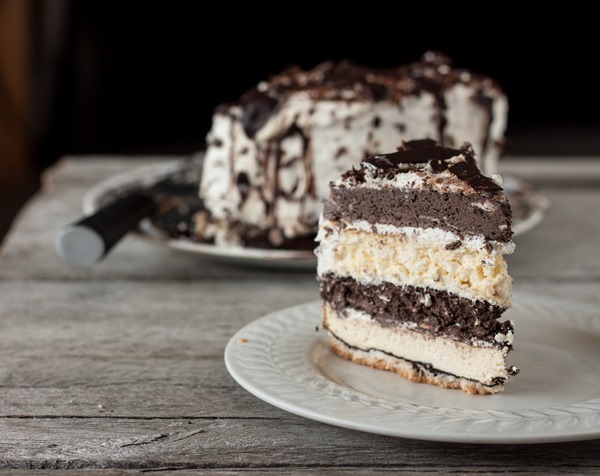 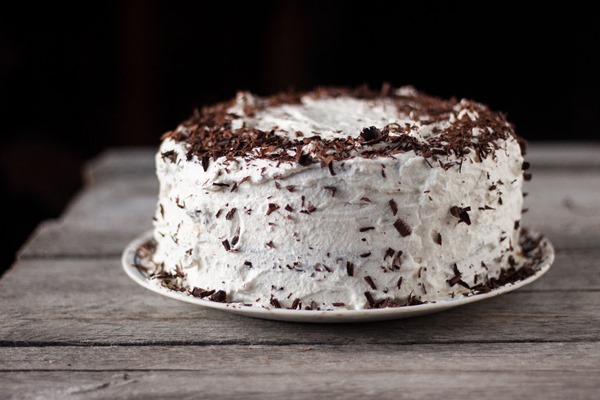 On went the drizzle. I’m not exactly neat when it comes to drizzle, or, for that matter, cakes. Sorry. 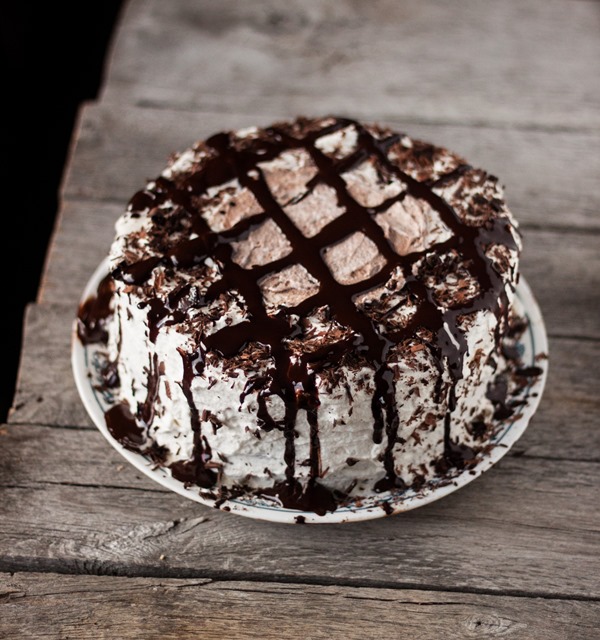 After that, the pictures. I got sort of (just a little bit!) carried away and took nearly 400 before my card became so overstuffed that it freaked out and couldn’t handle it anymore and started blinking the “CARD FULL” panic notice. 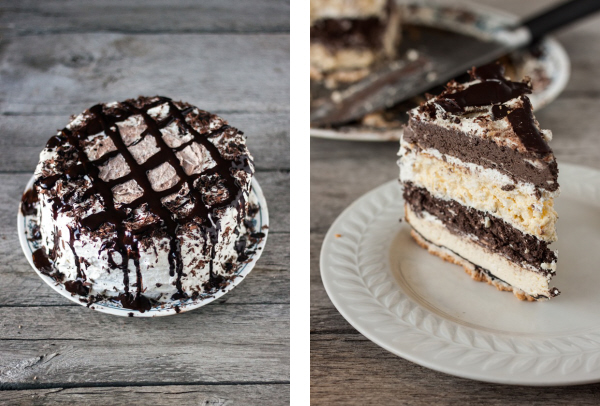 But it was worth it, wasn’t it?

The cake was worth it, too. It was even worth making two batches. But still, please just do it all in one. 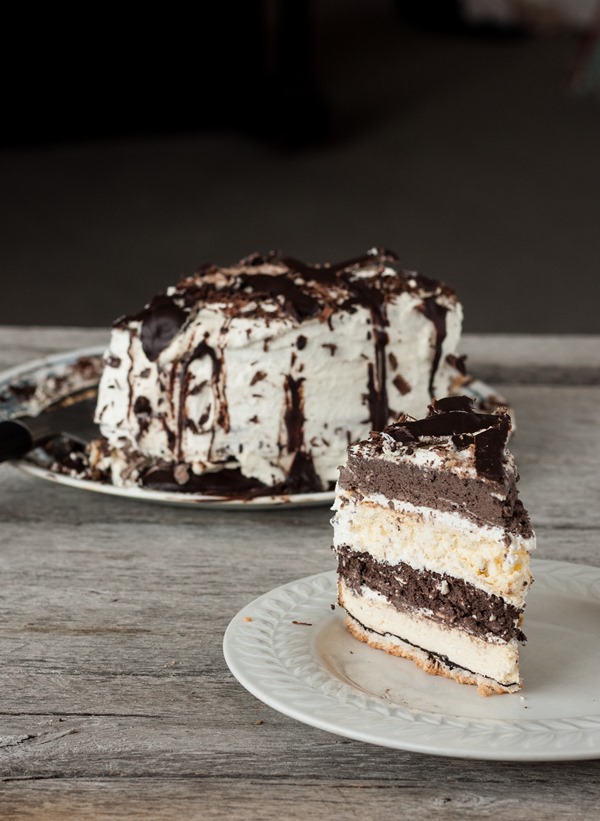 Print
Prep time
45 mins
Cook time
1 hour
Total time
1 hour 45 mins
You might think it's hard to make cheesecakes, but I've been making them since I was nine years old. They're not hard.
Author: Linnaea
Recipe type: Dessert
Cuisine: Cake
Serves: About 16 slices
Ingredients
Instructions
Notes
Note: Yes, you will need four nine-inch round pans, but you are only putting the crust in one of the pans. Directions for preparing the next 3 pans are below.
Note: Besides being gluten free, recipe is also refined sugar free & grain free.
3.2.2929

Coat the top of the bottom layer (the one with the crust) in whipped cream. 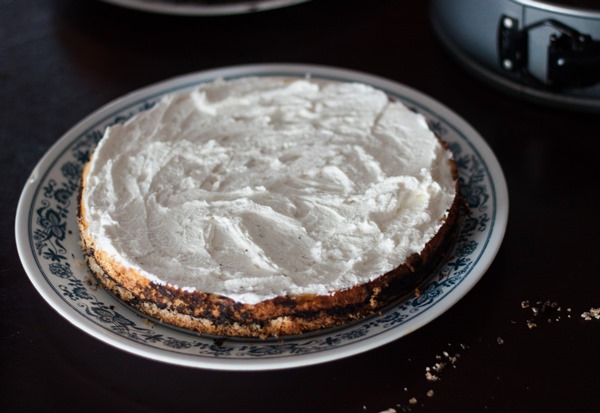 Gently flip the second layer over and onto the surface of the first layer. 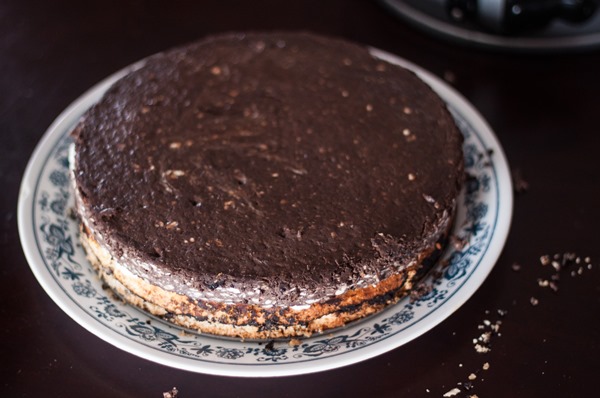 Remove the plate and spread with whipped cream.

Repeat with the remaining two layers, carefully flipping each onto the cake and then coating in whipped cream. 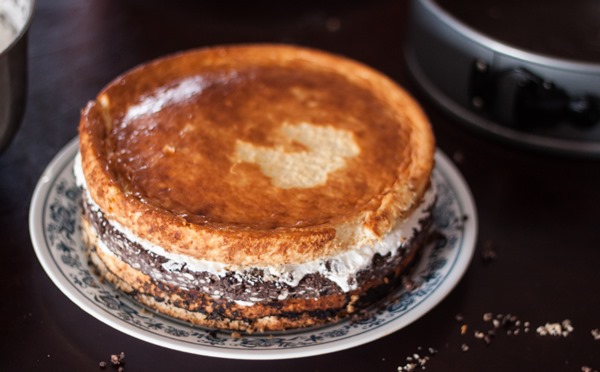 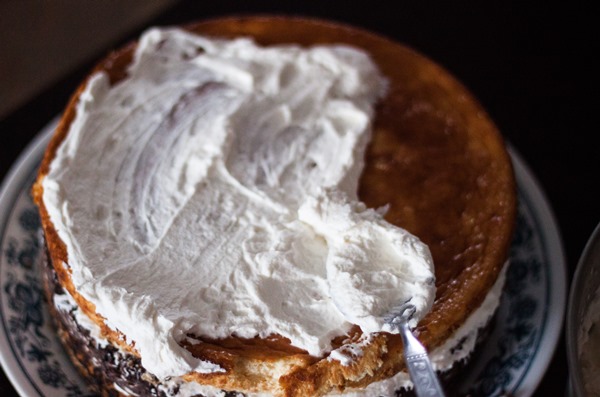 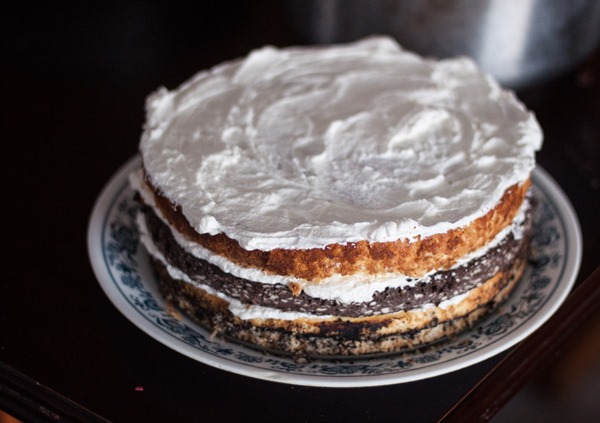 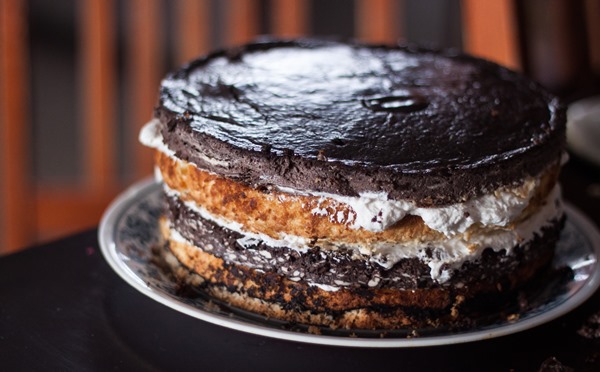 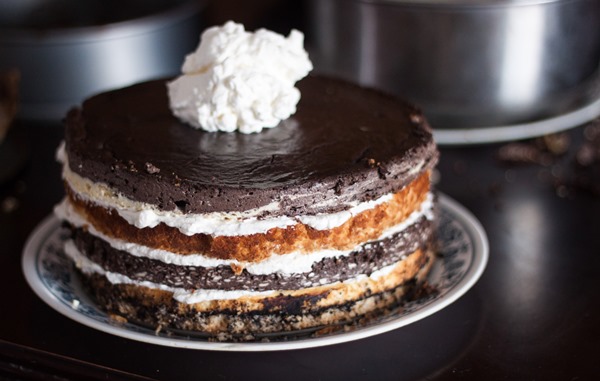 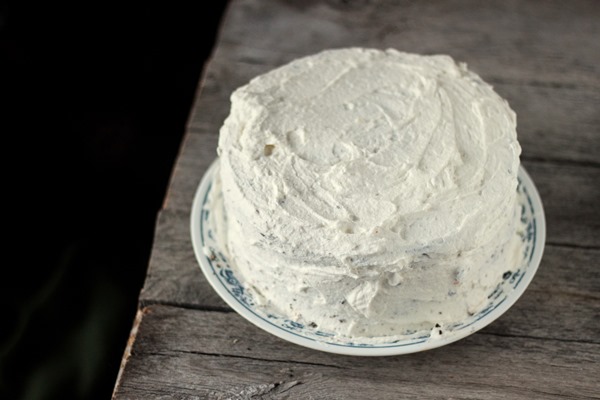 Optional: Spread a thin layer of whipped cream over the entire cake. Sprinkle with chocolate chips or chocolate shavings. You can also pour on some chocolate drizzle if you want. The one downside to this is that the chocolate drizzle will harden when cooled and make the cake more difficult to cut.

Refrigerate for at least 30 more minutes. 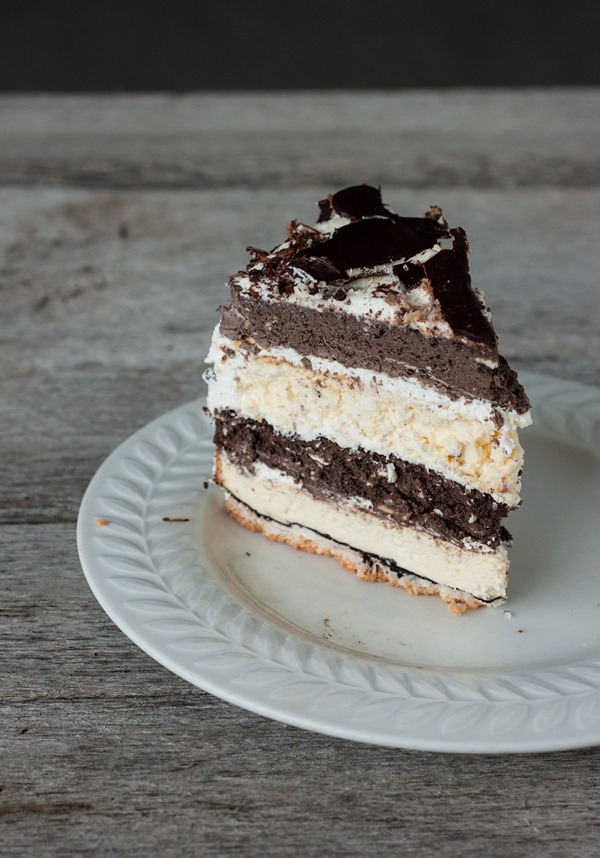