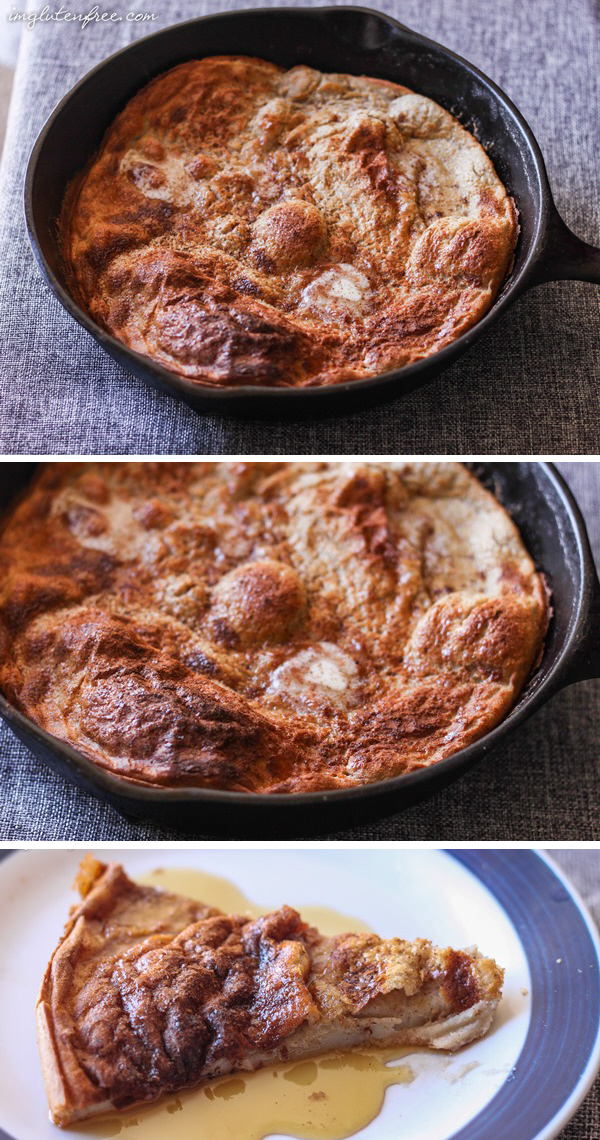 A Dutch Baby, as near as I can figure, is a baked pancake that puffs up and turns a delicious golden brown. 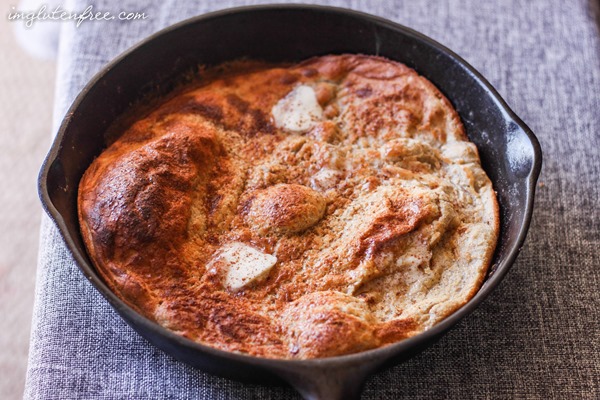 It sounded good to me.

I had to experiment a few times. The first one didn’t puff quite like it should’ve, the second one was too eggy. 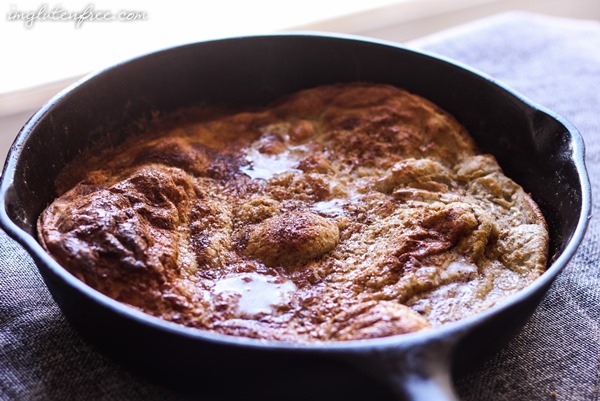 But this one was good.

So enjoy. This recipe makes one 10 inch gluten free dutch baby pancake. Cover it with maple syrup, cinnamon, butter, and a dash of cloves.

(And, yes, you’ll notice that I changed my recipe format–Hopefully this will make things easier for you. I’ll probably change all my other recipes to this format in the future). 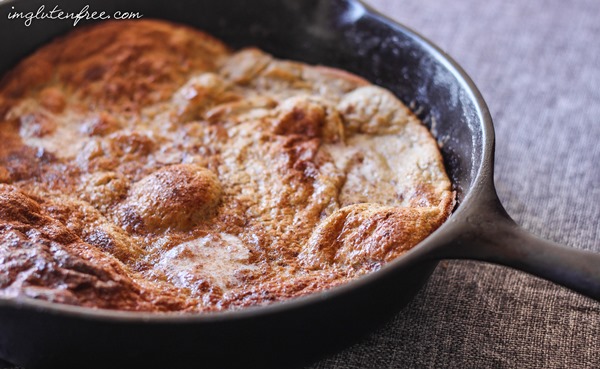 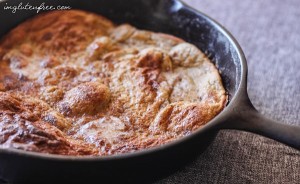 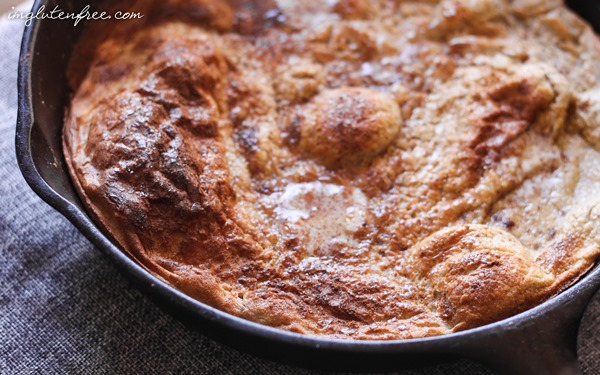