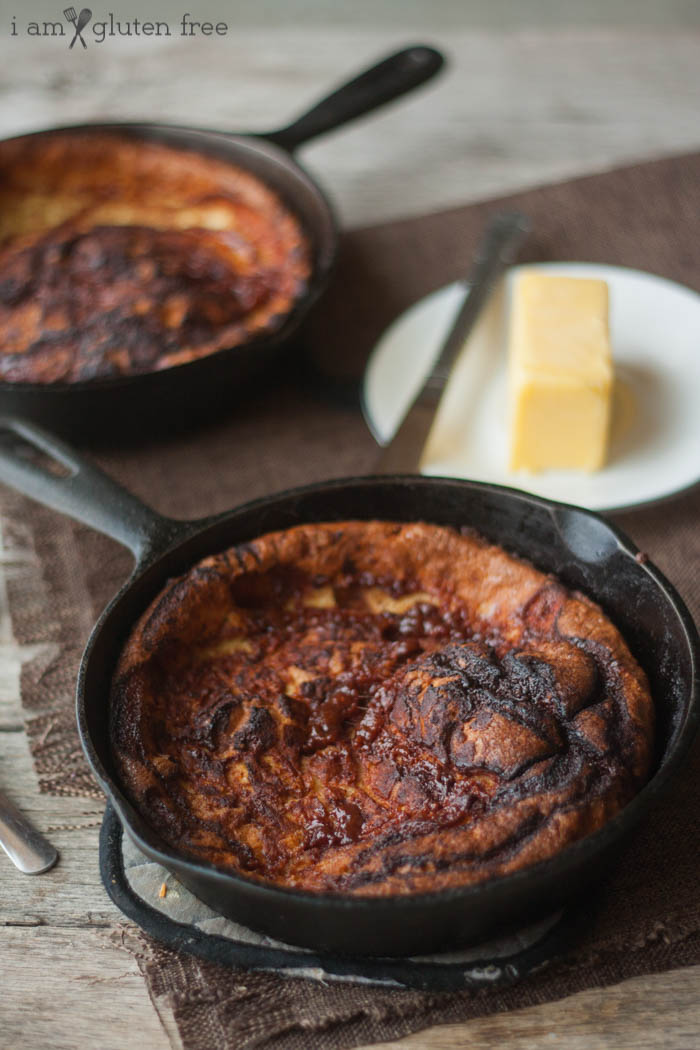 They are so easy to make. Just put everything in the oven and then go about your business (usually for me this involves brushing my hair for once, putting away all the clothes that are laying about on the floor, and maybe even making my bed). Then, twenty minutes later, open the oven to see that something magical has happened. When I remove my beautiful Dutch Baby from the oven, it is usually greeted with gasps of awe and hunger. The Wheedler (also known as Pig Awesome or sometimes just The Queen) usually appears at my side about then, a glint in her eyes and a little smile on her face that strikes fear in even the bravest heart. She knows she is in charge. Youngest though she may be, Pig Awesome gets what she wants. 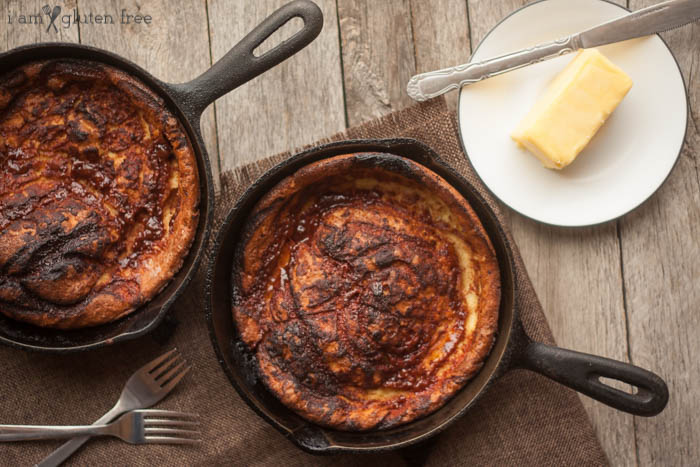 In this case, Dutch Baby. 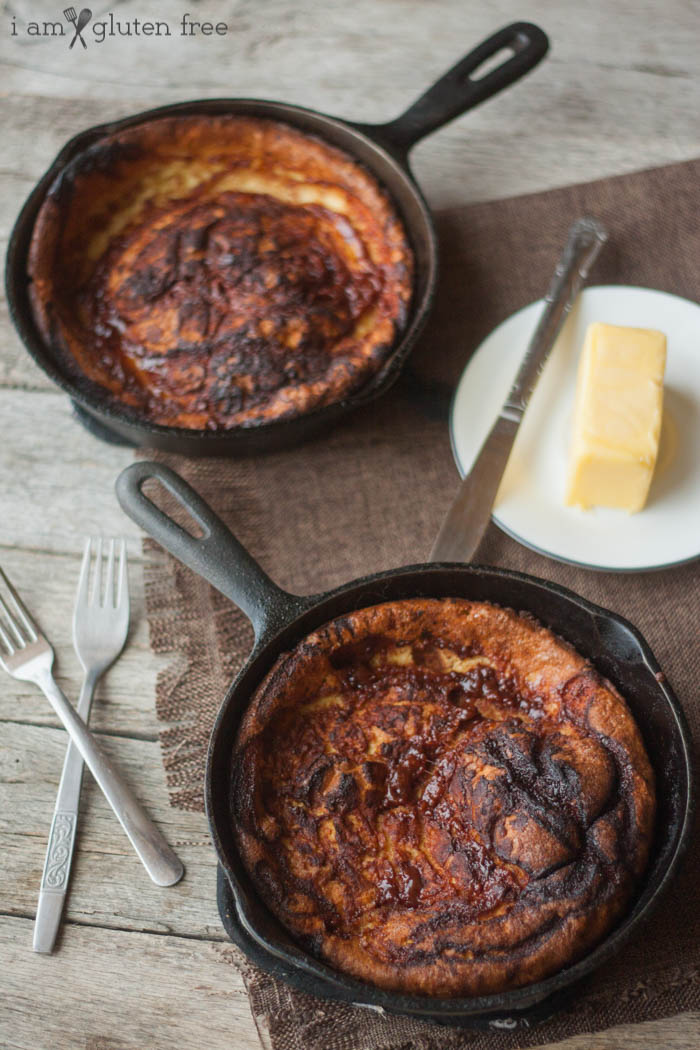 Have I yet mentioned Pig Awesome’s incredible timing? Let me tell you, no one has better timing, or better selective hearing. All the way upstairs, lost deep in late-morning slumber, she can still be awakened by certain words or phrases. Words like “Cinnamon Roll” “Waffle” and “Dutch Baby” hold incredible power. Words like “clean up” “unload silverware” and “wash this”? Not so much.

Even when I think I am being as quiet and discreet with my dutch baby making as I can possibly be, some inner sense must tell her when it is time. Not during cooking clean up. Not during the baking time. But the second that Dutch Baby comes out, Pig Awesome is there, somewhat sleep tousled but inevitably ready for battle.

I have finally bowed beneath this tyranny. I’ve learned my lesson well: Always, always make extra. 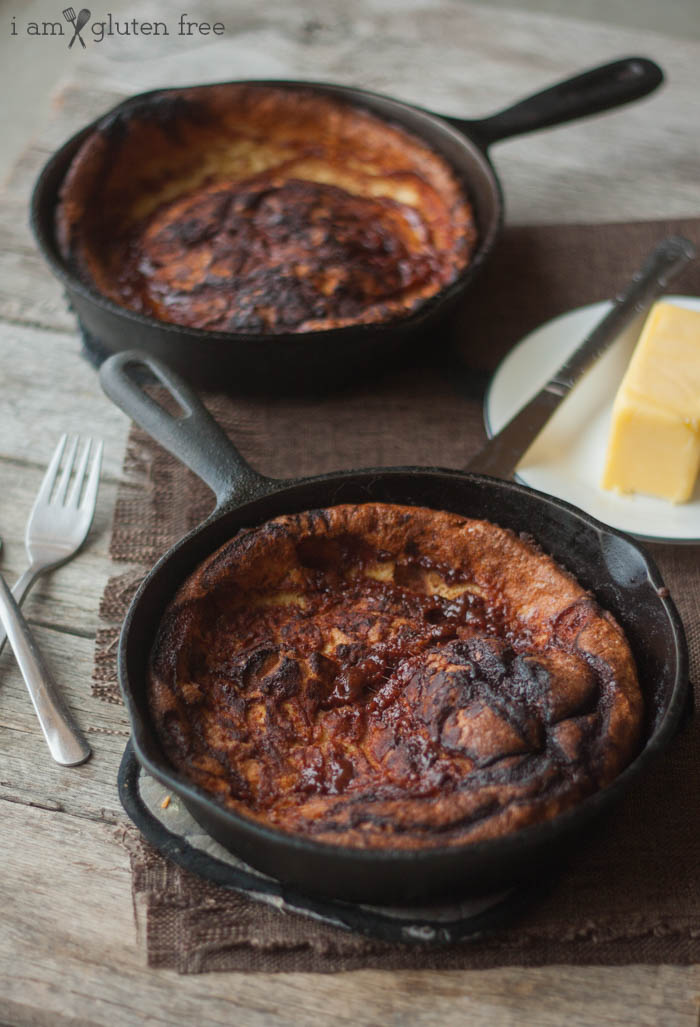 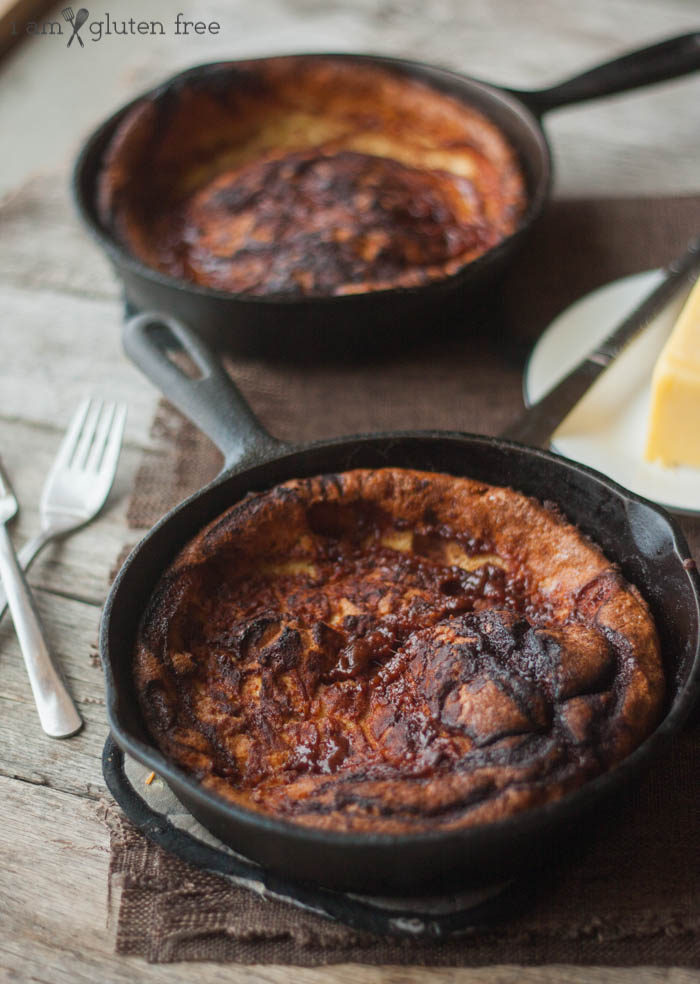 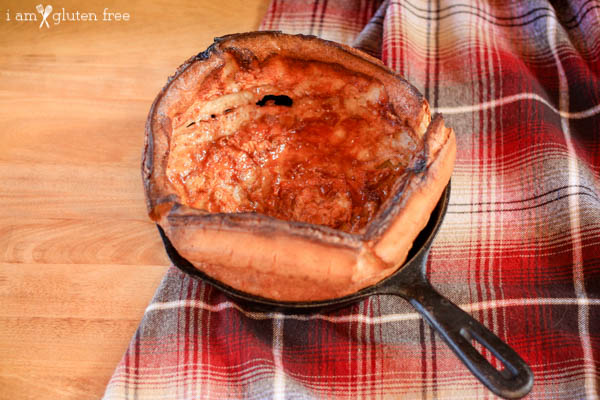