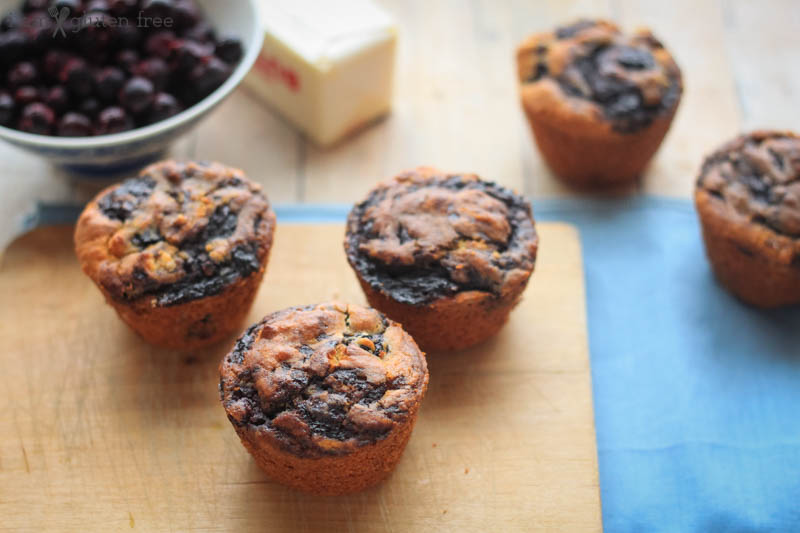 It’s actually been a month since I made this muffin recipe, so forgive me if I fail to remember enough to wax eloquent on the glories of gluten free blueberry swirl muffins. I may be a foodie, but I can’t remember how my food tasted a month after I ate it. Frankly I’d rather not think too much about last month’s food.

Because last month, shortly after making eating the last crumb of these muffins, I went to New Zealand and began The Diet of Tuna (which, by the way, is not required in New Zealand. It’s just required for cheapskates). 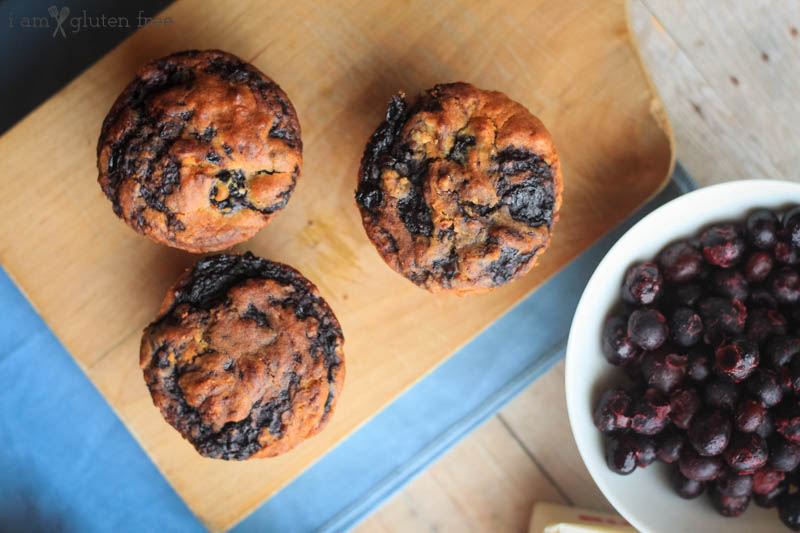 You know that scene in Cloudy with a Chance of Meatballs when a bunch of newspapers come out with the headlines “SARDINES ARE SUPER GROSS” and the entire sardine business collapses because the world has discovered the grossness of sardines?

Well, perhaps you didn’t miss much (except for that scene). But either way, I really feel like the world should discover the grossness of tuna. It should be published in newspapers. The tuna business should collapse. It should. 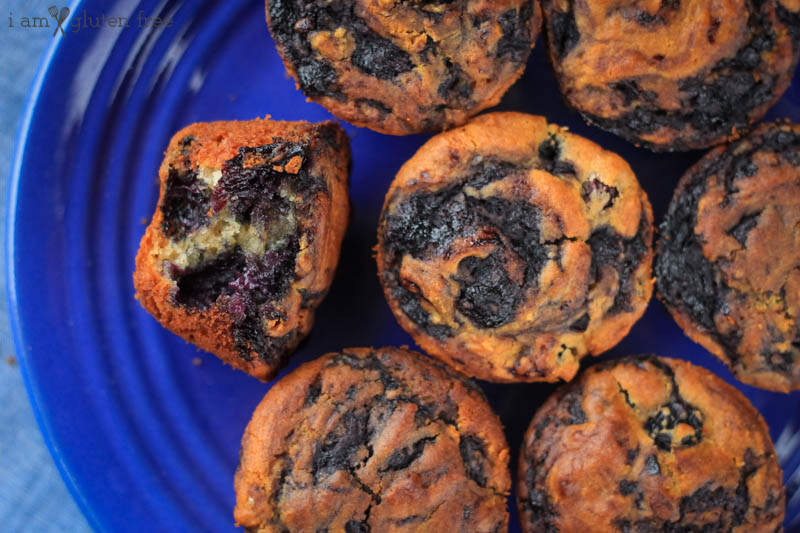 Many unsympathetic friends and family members have just asked why. Why this bitterness towards tuna? Why, if I disliked tuna so much, did I eat it?

There is one word, folks, one word: Cash. Money. Bob.

Yes, I have discovered the horrible truth. Food doesn’t taste as good when you’re paying for it. 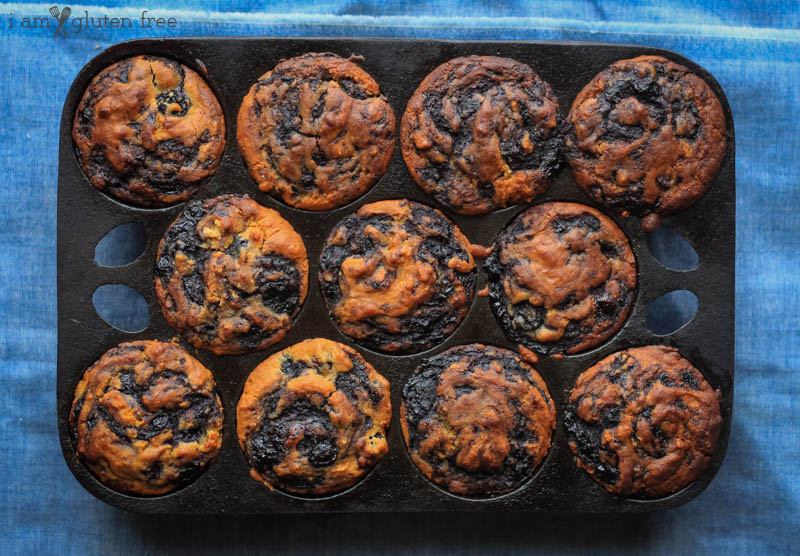 So, tuna was the cheapest option. Our little traveling group (consisting of a sister, a brother in law, and a brother in law’s sister, and yes this could get confusing) ate pretty much nothing but tuna for days straight as we explored the beautiful views of New Zealand. We ate our fish alongside sparkling lakes with mountains shooting up around them straight out of a Lord of the Rings movie. We parked on the side of the road near Fox Glacier and dug canned tuna, mayonnaise, and some rather dry gluten-free bread out of the trunk of our car. It was the price we paid.

But despite the tuna doldrums, it was a grand adventure. And, yes, we did throw caution to the wind and eat gluten once, in the form of incredibly delicious meat pies. Only we did that the day before we flew home. Five minutes later my sister and I agreed sadly that we both felt like sinking ships or planes going down with calls of “Mayday, Mayday!” And on the flight back….well, details aren’t necessary. 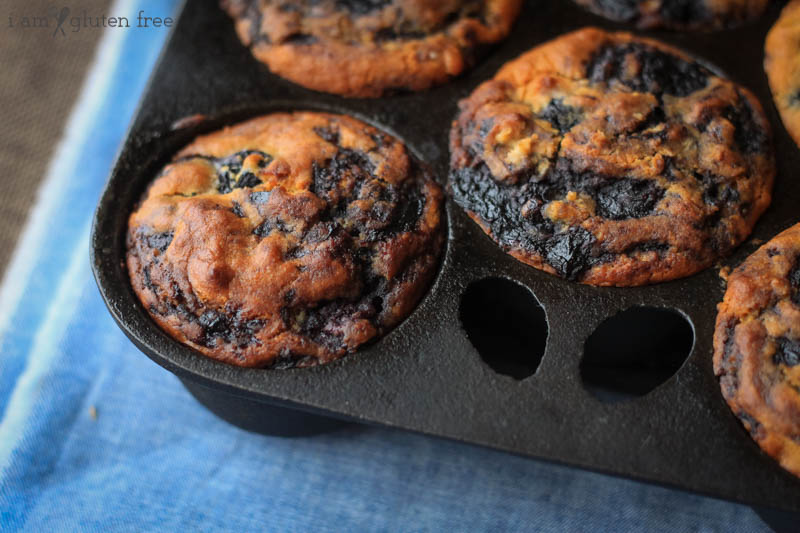 Now to return to the subject at hand: Muffins. Which are, by the way, about three million times better than tuna. So make them and enjoy. 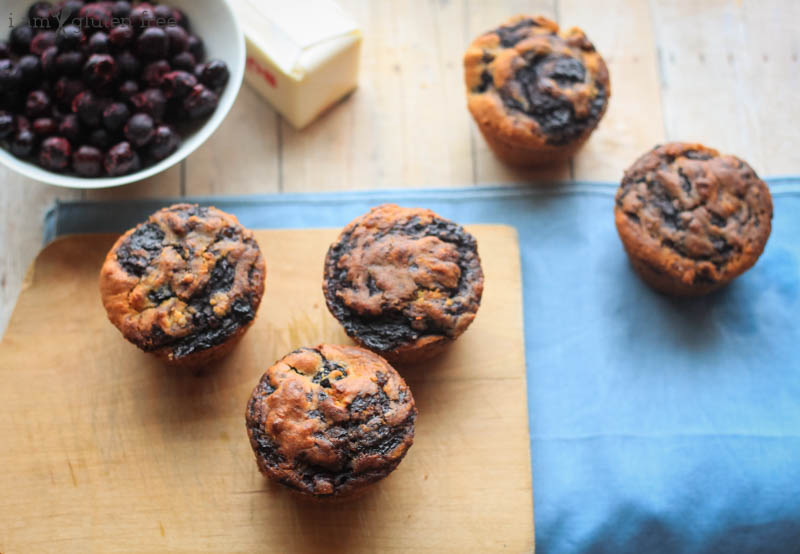