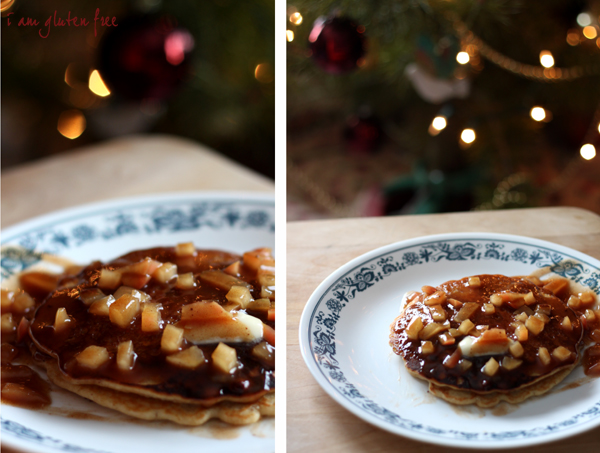 This apple cinnamon pancake sauce is super easy and quick, and it adds something new to pancakes. Even pancakes, since we have them quite often, can get a little boring now and then. This sauce took practically no extra time since I could make it while the pancakes were cooking. Anyway, my little sister demonstrated her approval by eating four big pancakes absolutely covered in this sauce!

You can use pretty much any basic pancake recipe underneath this sauce. My favorites are Gluten-Free Pancakes/Waffles and Extra Fluffy Pancakes. 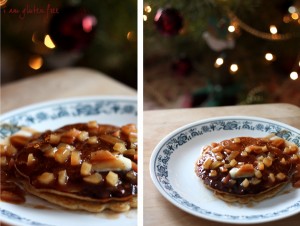 Anyway, that’s all for this recipe (you can eat it now)!