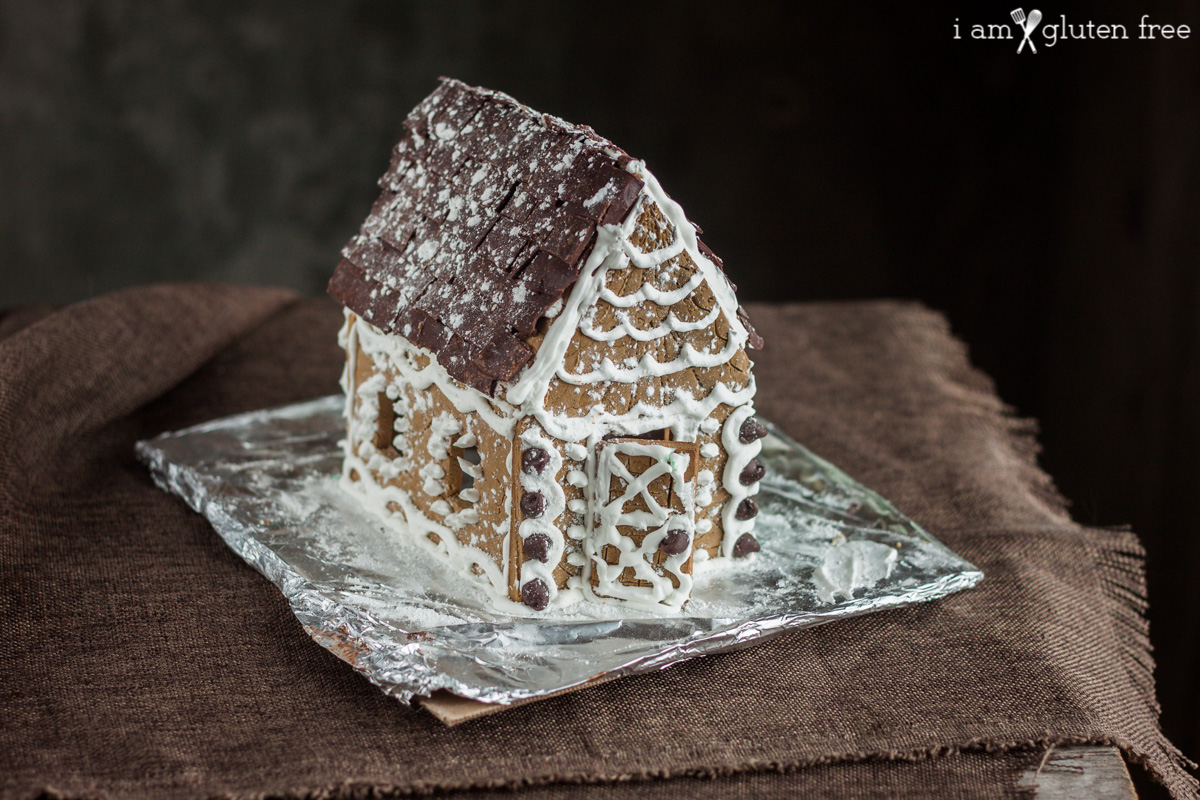 I’ve made it a tradition for the past few years to make a gluten free gingerbread house with my sisters every Christmas. I figured today (by the way, happy new years everbody!) I’d share four years of gingerberead houses (and improving photography skills let’s hope).

First off, here’s the recipe. Make one of your own. If you can’t wait until next year, try it for valentine’s day. 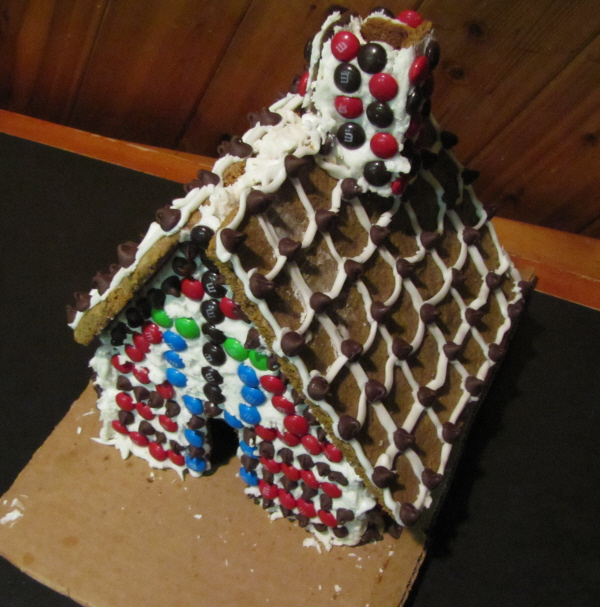 I think that year someone gave us a huge bag of m&ms (normally we don’t have much candy in the house. That’s partly why I took to doing the gingerbread house every year. It was a great excuse to buying tons and tons of candy).

In 2012, I decided to go all out and build a big, elaborate English cottage.

Can you even tell that it’s a English cottage? 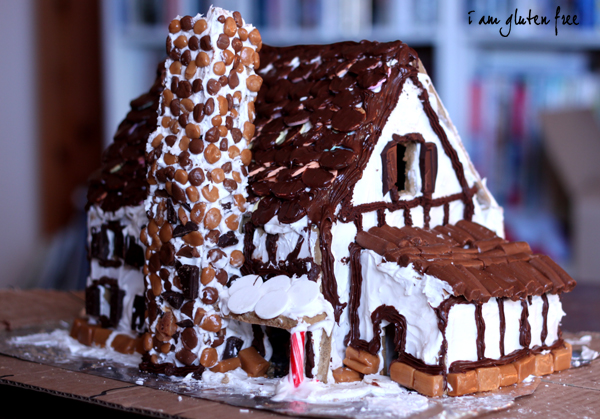 The chimney, I remember, is made out of broken up tootsie rolls and caramels that were then rolled to look like stones. The shingles on the roof are made out of those weird flat coin-shaped colored candies, dipped in chocolate (but only partially because you can still see the colors). I’m not sure where the candy cane came from or how it even fits in.

The gingerbread house construction is usually a little bit crazy, to be honest. Usually I’m there trying to maintain some kind of order and yelling at people not to put candy there because can’t you see that that doesn’t fit into the pattern. I turn into a bit of a control freak. Perfectionist, actually. And eventually I freak out and almost start crying because somebody pushed a little too hard putting a piece of candy on the roof and the whole thing collapsed.

Over the years I’ve learned ways to prevent my annual explosion. Such as making extra roof pieces. And being a little more okay with it if the candy isn’t in a perfect pattern. 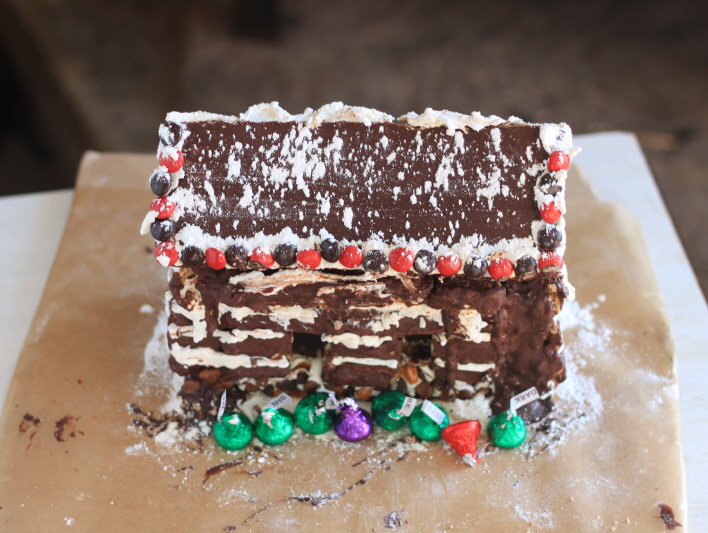 Less candy. And a lot smaller.

And a mess. Now and then I need to be okay with the fact that it’s going to be a mess.

This year my sisters and I reached a gingerbread house compromise. We left one side of the house neat and brown, and then mixed up some green frosting for the other side. 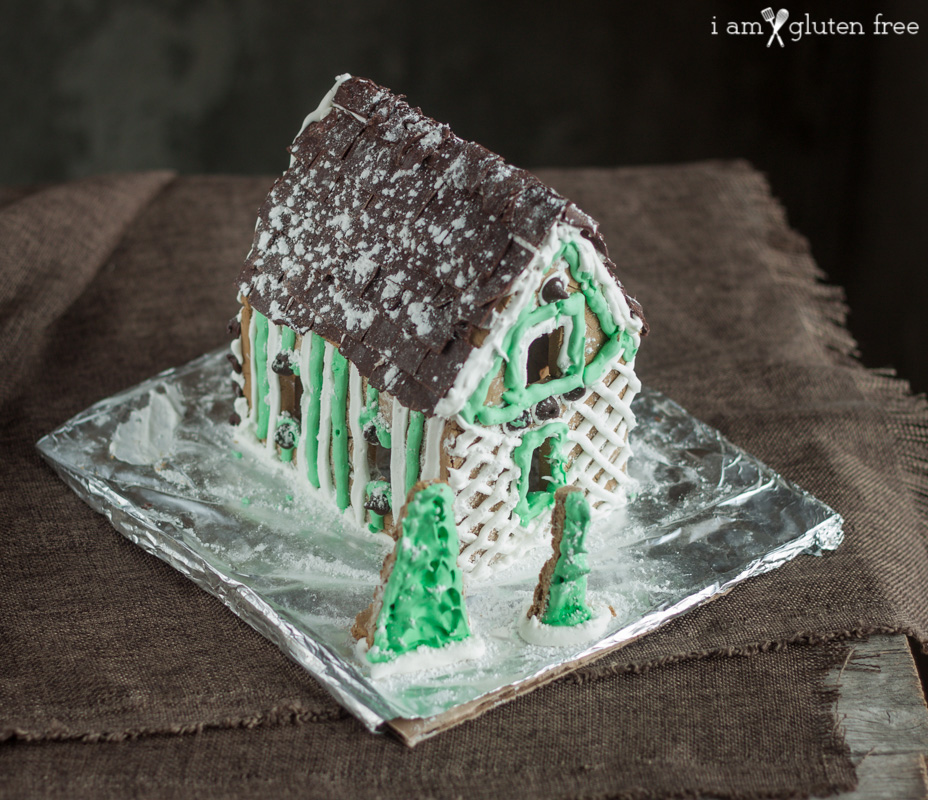 As it turned out, I like both sides. The green is, well, not a very nice green, but it looks good with the dark of the chocolate. It looks cheerful. 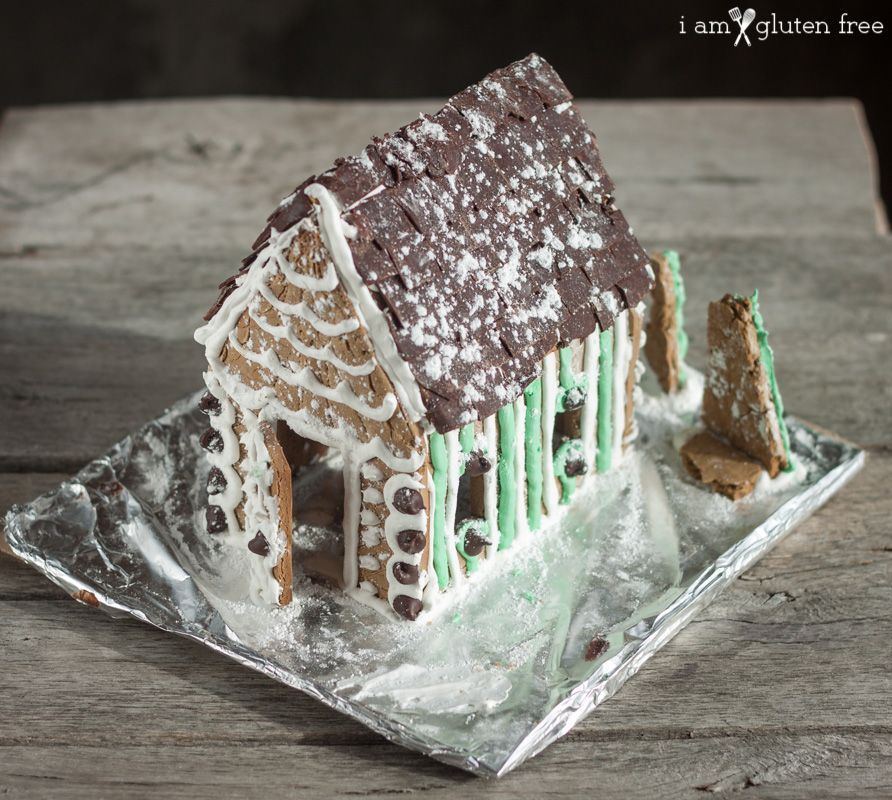 The sides even look nice together.

We didn’t even have any cave-ins during construction. I only threw my hands up in frustration once.

The extra roof piece wasn’t needed but wasn’t wasted either. It was eaten. 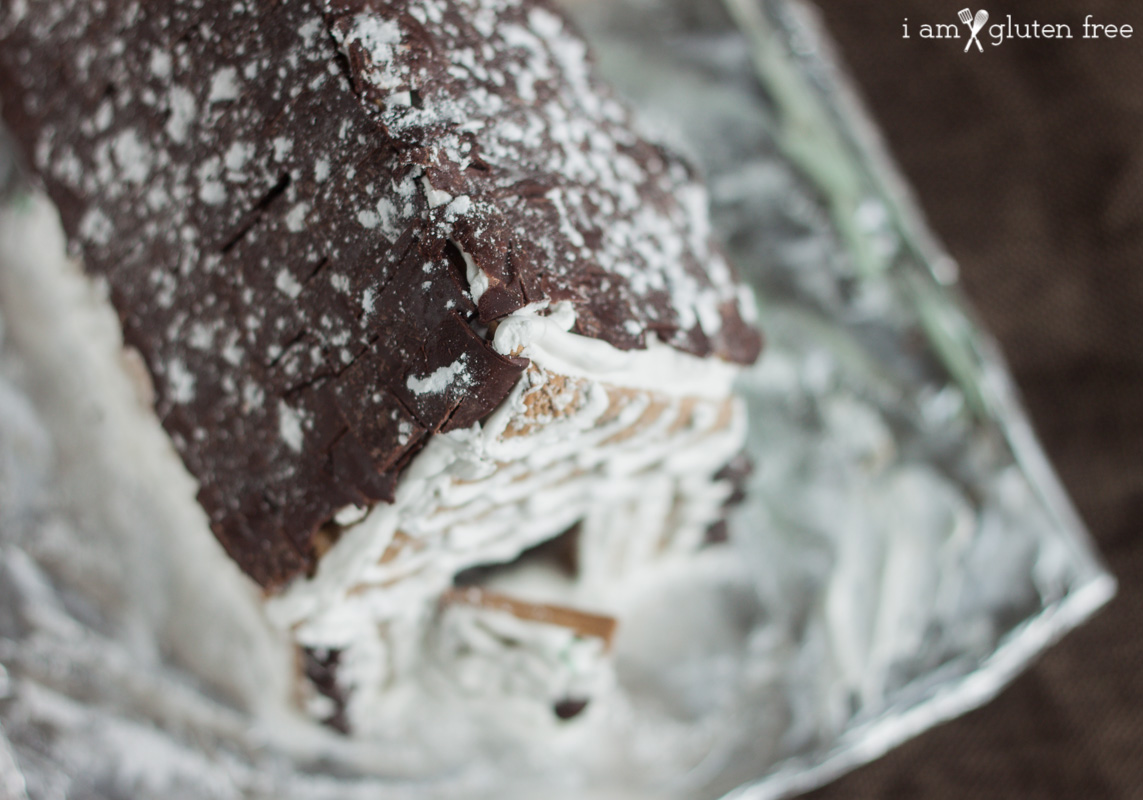 So, the chocolate shingles. If you’d like to try something similar, it’s super easy to do. I just used this method for creating a “cracked chocolate shell,” but instead of breaking the chocolate into chunks you can just cut it into even squares. Then use royal icing to stick the shingles onto the gingerbread house.

Anyway, despite occasional collapsed roofs and tears of despair, the gingerbread house has been a fun tradition. I wonder what we’ll try for year five?

Update from 2015: Here’s the fifth gingerbread house! It turned out a lot bigger than I’d originally planned: 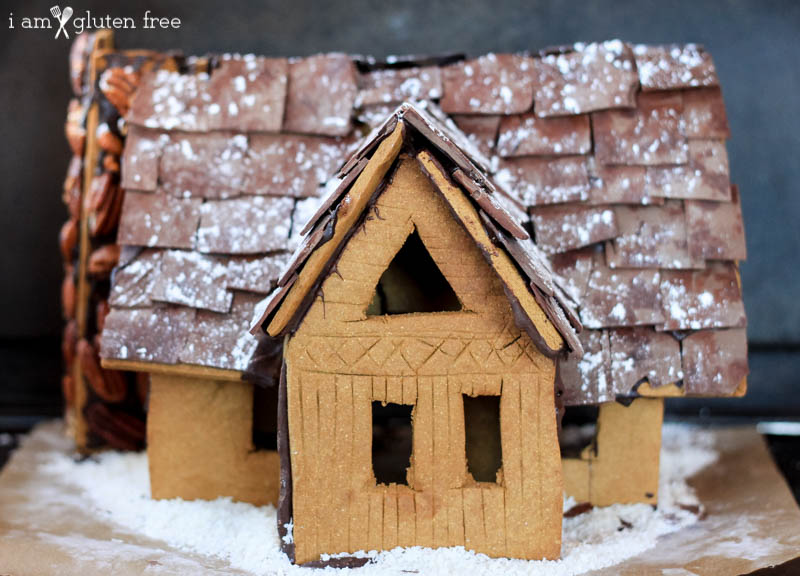 As you can see, this one’s a lot healthier than any year before. Rather than royal icing, I used melted chocolate. I did the same chocolate shingles as last year, and instead of candy on the chimney, honey roasted nuts. 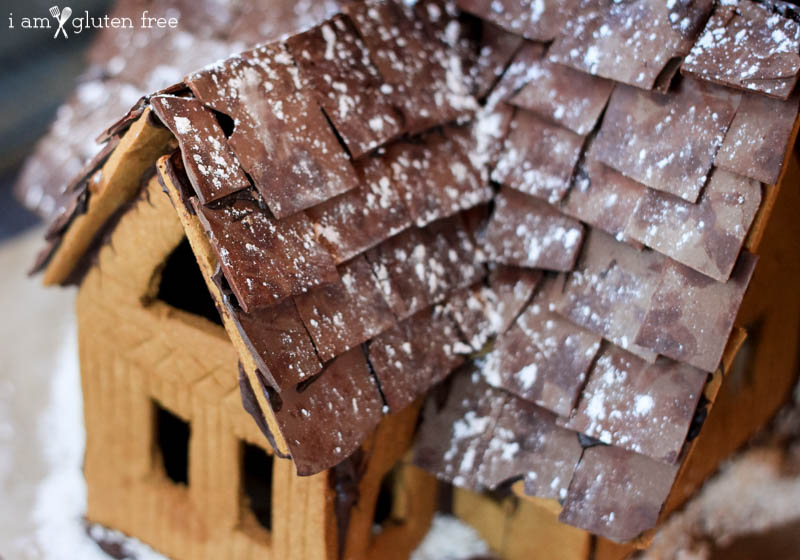